One can say that Tanushree Dutta has begun the #MeToo movement in India in a way ever since she accused Nana Patekar of sexual harassment. Since then, many big names from various industries have been named, shamed and removed from their position for harassing women at the workplace or otherwise. While Tanushree is seeking legal action against Horn Ok Pleassss team and Nana Patekar, she has also slapped a defamation case worth Rs 10 crores against Rakhi Sawant for accusing her of lying and being drugged on set while filming the song. 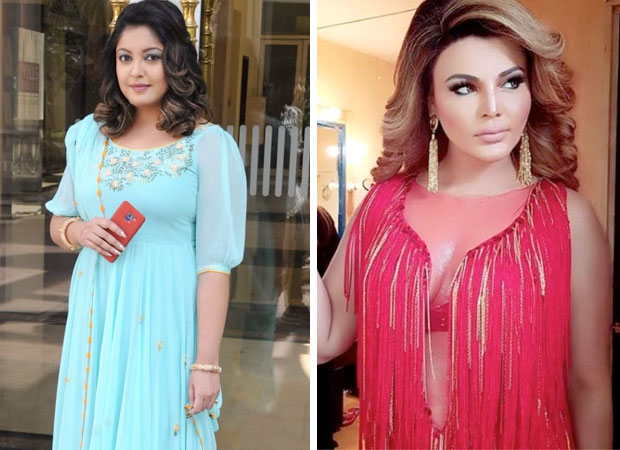 Tanushree Dutta claimed that she was harassed on the sets of the film while shooting a song. Nana Patekar had asked choreographer Ganesh Acharya to add an intimate step to the song which Tanushree wasn't comfortable about. After hours of back and forth and her not coming out of her vanity van, there was a huge chaos on set in 2008. Her car was vandalized while she was inside the car with her family. The old footage from the incident recently resurfaced which gave a glimpse of what went down on that day. While Tanushree was replaced by Rakhi Sawant, the latter claimed that the actress is a blatant liar and was doped on set.

In a press conference, Rakhi first questioned how such an incident can happen when on sets amid hundreds of people. “No Bollywood celebrity is supporting Tanushree Dutta. They are simply showing their sympathy. They have not seen what happened since this is a 10-year-old story. So what they have done is remained neutral, they showed their sympathy that such a thing happened, because if they don’t, then you the media would say, ‘See this person doesn’t care about what happens’. This is why all they said was that it was sad that such a thing happened if it did happen. They are not saying this because it is Tanushree Dutta. They would have said it had it been for anyone," she said.

Rakhi went on to add, “Nowhere have they (the Bollywood celebrities) said that Nana Patekar was wrong, or what he did was wrong. Now they cannot say that because he (Nana) did nothing wrong. And if he (Nana) wanted to do something like this he would have done the same with me, or for that matter so many other actresses he has worked with. Why would he single out Tanushree? In my opinion, Tanushree did not want to do that particular track, she wanted to take drugs and get high. Even today I will tell the US immigration to check her (Tanushree) bags and see what all you will find. Check her blood and see how many drugs you will find.”