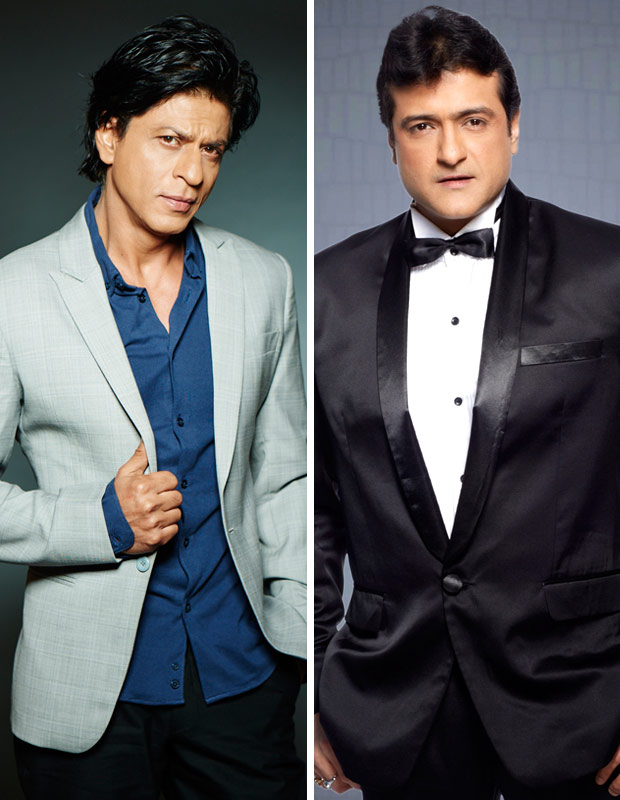 Shah Rukh Khan, who has of late been making many appearances on chat shows, couldn’t stop gushing about one of his closest friends and co-star Anushka Sharma whilst he was on ‘Yaaron Ki Baarat’. This show that celebrates real life friendship between Bollywood stars also explores the journey of these popular names in the industry and Shah Rukh Khan during his visit had some interesting confessions to make.

Readers may be aware that Shah Rukh Khan started off his career in the entertainment industry as a TV actor and gradually progressed to films. He got his big break in Bollywood with the Rishi Kapoor and late Divya Bharti starrer Deewana. And during his stint in the show, the superstar revealed that had it not been for Armaan Kohli, he wouldn’t have bagged the film. He stated that Armaan Kohli was responsible for making him a star and expressed his gratitude towards him. He also added that Armaan featured on the Deewana poster with late Divya Bharti which the superstar has preserved till now.

It so happened that Armaan Kohli was initially roped in to play the role of Divya’s second husband in the film but he had quit the film after wrapping up the first schedule and hence the role was passed on to Shah Rukh Khan.