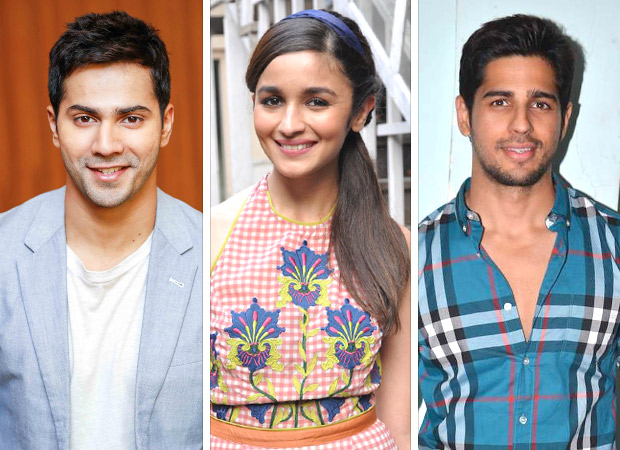 With India becoming a huge market for international pop icons and with many concerts lined up of these global superstars, one of the most awaited is the Justin Bieber concert in Mumbai which is a part of Bieber’s Purpose Tour. The musician and youth icon is all set to perform at the DY Patil Stadium on May 10. But, the said event will obviously be incomplete without the dash of Bollywood glamour. Adding the same will be Karan Johar’s favourites ‘Students’ of the Year.

We hear that Varun Dhawan, Alia Bhatt and Sidharth Malhotra will be coming together for an interesting act on stage during the concert. The details of their act and performance are currently being kept under wraps and we hear that the actors have been asked to maintain silence about the same. However, it is being said that the trio will not just dance but also mimic on stage.

Arjun Jain, director of White Fox India, the promoters of the Purpose Tour, has asserted that the concert will see the presence of many A-list Bollywood celebrities. While he has also confirmed of approaching Alia, Varun and Sidharth for the concert, he further maintained that the planning is still in process and nothing has been finalized.

Justin Beiber is expected to perform on his most popular tracks including ‘Baby’ and ‘Boyfriend’. Last year, the success of the Coldplay concert that saw a humungous crowd cheering and dancing to its tunes has paved way for many more concerts in the country.

On the other hand, Varun Dhawan recently revealed that he is a fan of Bieber and that he will indeed attend the concert. The actor is currently busy with the promotions of Badrinath Ki Dulhania with co-star Alia Bhatt.