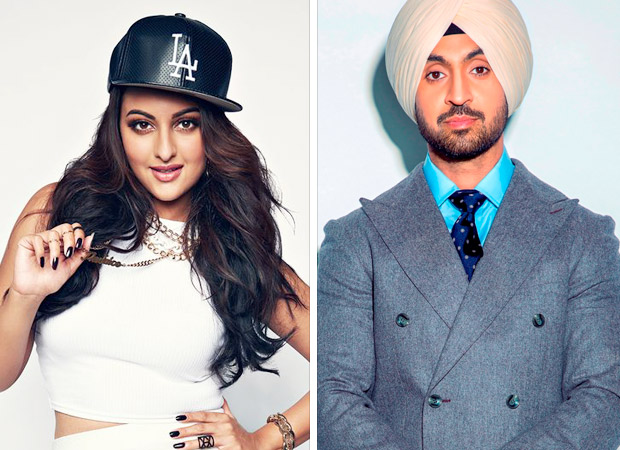 Earlier we had reported that Sonakshi Sinha has been signed for an IIFA movie that co-stars Diljit Dosanjh. Now we hear that the film titled Crazy Hum has already gone on floor with the actress kick starting the same.

Reportedly, Sonaksh Sinha who landed in the US at the start of the week, immediately dived into work and started with the film Crazy Hum along with co-star Diljit Dosanjh. From what we hear, she has even shot a music video with the Punjabi superstar. As mentioned previously, the IIFA movie talks about all the happenings include backstage drama in its film, which is one of a kind produced by Wizcraft in collaboration with Vashu Bhagnani.

There were earlier rumours of Aditya Roy Kapur co-starring in the same but later, it was being said that Kartik Aaryan of Pyaar Ka Punchnama fame replaced him.

As for the awards show, Sonakshi Sinha who is one of its ambassadors, kick started its events with a press meet at NASDAQ stock exchange. According to recent reports, she will also be seen performing along with Salman Khan during the awards show.

As for her other work commitments, Sonakshi Sinha has wrapped up Ittefaq co-starring Sidharth Malhotra and Akshaye Khanna. She has also been rumoured to be a part of Shiddat which also stars Aditya Roy Kapur along with Varun Dhawan, Alia Bhatt, Sanjay Dutt and Sridevi.