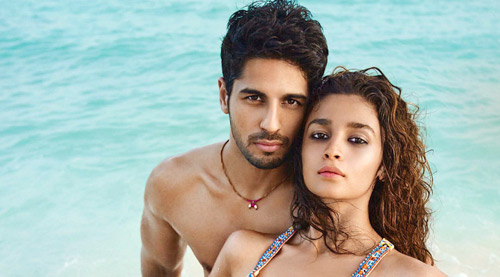 In April, we had reported that after the successful Aashiqui 2 that featured Aditya Roy Kapur and Shraddha Kapoor, the makers of the film were keen on making a third instalment. Further we had also reported that Aashiqui 3 would in all likelihood feature, none other than Sidharth Malhotra and Alia Bhatt.

Though the film's producer Mukesh Bhatt gave a rather diplomatic answer back in April when quizzed about Sidharth and Alia featuring in the film, Sidharth finally confirmed the same recently. Talking about the film Sidharth who will be seen playing a guitar in the film states that Alia and he will star in the film and that it is a great franchise to be a part of. Further talking about it Sidharth who has already commenced training to play the guitar says that currently his goal is to train and sing for the film.

Alia and Sidharth who were last seen together in the film Kapoor & Sons, the actors will commence work on Aashiqui 3 after completion of their individual projects. Currently, Sidharth Malhotra is working on an action film with Jacqueline Fernandez, while Alia Bhatt recently wrapped up shooting for Gauri Shinde's next which also stars Shah Rukh Khan is currently working on her next ventureBadrinath Ki Dulhania with Varun Dhawan.