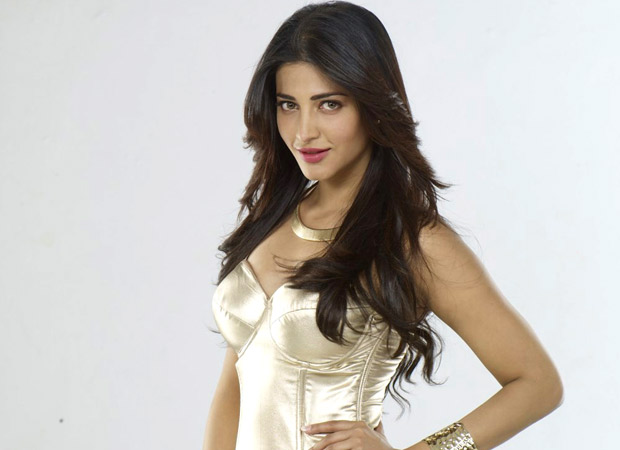 All set to make history, Sundar C's next directorial venture Sangamithra starring Jayam Ravi & Arya as warriors & Shruti Haasan essaying the title character of a strong and stunning warrior princess, set in the 8th century AD - will be formally announced at the Opening Night of this year's Cannes Film Festival on May 18, 2017. Present and walking the red carpet on the Cannes opening night, alongside director Sundar C, will be his leading cast Shruti Haasan, Jayam Ravi and Arya along with the producers Narayanan Ramasamy & Hema Rukmani from Thenandal Studios and production designer Sabu Cyril post his Baahubali stint.

Talking about her debut at Cannes with Sangamithra, actress Shruti Haasan says, "Talking about how the Cannes unveil, actress Shruti Haasan says, "I'm so happy to be taking our film Sangamithra to an international audience via such a prestigious platform like the Cannes Film Festival. We know that this is a story which will find a great connect with national and international viewers and we are so happy to have them as part of our journey right from the beginning."

Talking about his enthusiasm for his next magnum opus being showcased at Cannes director Sundar C says, "It's an honour to be unveiling Sangamitra at the prestigious Cannes film festival with my producers Thenandal Studios and my entire cast - Ravi, Arya and Shruti. I am very happy that Sabu (Cyril) sir will also be joining us. This is the most challenging & special project in my career."

Producer Narayan Ramaswamy, Chairman and MD, Thenandal Studios says, "This is a very prestigious project for us. It is exciting to make a period film dedicated to Tamil the oldest language in the world. We are proud to reveal the title of Sangamithra in the 70th Cannes film festival. The movie will be made in 2 parts".

The film is already become highly anticipated with the talks going on around the large scale mounting it has. This is touted to be one of the most challenging films for all three leading stars. And with leading lady Shruti Haasan undergoing intense physical and combat training for the same, the excitement is of course of another level. Produced by Thenandal Studios started by Late Mr Ramnarayanan in 1976, this will be Thenandal's biggest film to date