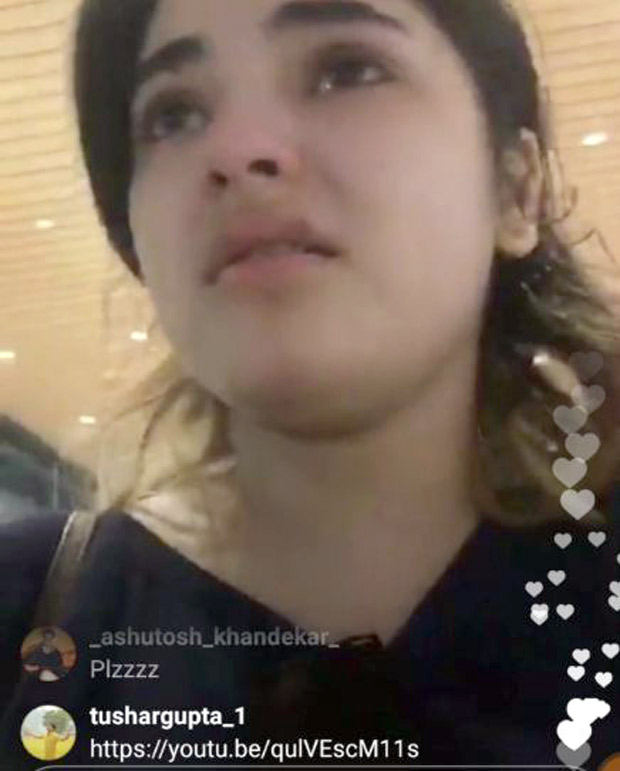 The shocking Nirbhaya gang rape case of 2012 brought the focus on women’s safety and problems faced by them in public. But as we approach the fifth anniversary of this ghastly incident, very little seems to have changed. And even celebrities are being harassed and the latest one to be in that category is talented child actor, Zaira Wasim. She debuted in the 2016 blockbuster Dangal and was also recently seen in the leading role in the Diwali release, Secret Superstar.

Somebody misbehaved with her in the flight ???? Strict actions must be taken on this incident ???? OMG she is Crying ???? We are with you @zairawasim_ .#share . . . . . . . #repost #flightattendant #misbehaving #terrible #actions #kashmir #india #indian #fools #live #zaira #zairawasim #bolllywood #video #viral #follow4follow #like4like #airport #fans

All of You Are requested to share #shameonvistaraairlines #share We are with you @zairawasim_ If this can happen with #zairawasim it can happen with Anyone .. Raise your voice ???? #repost #shameless #acts #bollywood #airport #flight #flightattendant #fools #hashtags #live #follow4follow #like4like

Zaira Wasim said that at first, she ignored the man’s action, thinking that probably it was happening due to the turbulence. But later on, she realized that it’s not the case. She posted a video of the molester’s foot. She also said that since the lights were dimmed, she was not able to see the face of the person. The actress also criticized Air Vistara and partly blamed them for the incident. The airline however was quick to post a tweet that they support the actress and that they have zero intolerance towards such behaviour. They apologized to her and made it clear that they got aware of this incident only during the final descent.

As soon as Zaira Wasim opened up about this incident, netizens came out in huge support. Many slammed the molester and demanded that he be arrested soon and his identity be unveiled to the world. The Mumbai Police filed an FIR in the Sahar police station against the unknown molester under Section 354 of the Indian Penal Code and the POCSO ACT, since Zaira is still a minor. The National Commission for Women revealed that they’ll help Zaira in whatever way possible.

Anurag Kashyap submits the details of his…