If you still don’t know who Priya Varrier is then you definitely are living in a bubble. Priya Prakash Varrier is the newly christened viral sensation and National Crush who has put a lot of sakth laundas off balance with her cheeky wink and smile! So now while we are collectively going crazy over Viral Priya, the sakth laundas of Hyderabad have a different story to tell altogether. So, a complaint has been registered against Priya and the song Manikya Malaraya Poovi which catapulted her into instant success. 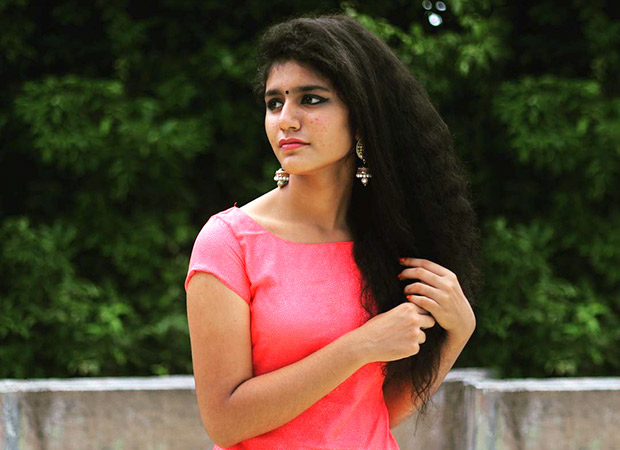 According to media reports, a group of Muslim men has filed a complaint at Falaknuma Police Station in Hyderabad against Varrier and the makers of the song 'Manikya Malaraya Poovi' from 'Oru Adaar Love' for allegedly hurting sentiments of their community. Why would you ask? Well because they apparently have a problem with the lyrics of the song which hurt their religious sentiments. The song has a Prophet reference (of course, not in an offensive way) which the group has a problem with. Now, the makers of Oru Adaar Love are yet to respond.

The makers will release a special teaser on the occasion of Valentine’s Day and the film will release on Holi weekend, March 2. Priya’s wink has definitely helped the film a lot and the makers are doing everything to cash in on the same.

Omar Lulu has directed this flick which celebrates love. The plot of the movie in high school and revolves around the lives of five boys and four girls. It explores the concept of Oru Adaar Love which means the extraordinary, precious love.

Also Read: Did you know? Internet sweetheart Priya Varrier can sing better than she can WINK (Watch videos)