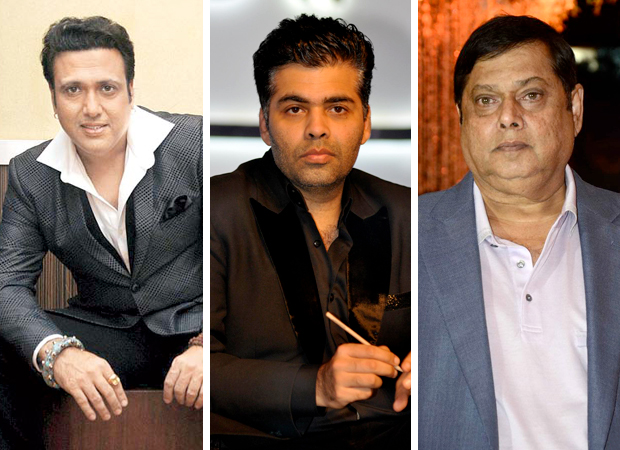 The nineties saw the ‘superhit jodi’ of the ace film maker David Dhawan and the inimitable Govinda, both of whom entertained the audiences with smash hit films like Swarg, Shola Aur Shabnam, Aankhen, Coolie No. 1, Raja Babu, Partner etc…  It was the same David Dhawan who was at the receiving end of Govinda’s complaint, wherein the latter made no bones (sometimes last year) when he claimed that David Dhawan hadn’t stood by him during his bad patch.

This time round, it was none other than Karan Johar, who was blamed by Govinda for not having called him in 30 years. Not the one to stop at that, Govinda explained his reason for not gracing the widely watched TV show Koffee With Karan. Govinda said that, while Karan Johar must have said that it would be a matter of national respect for him if he calls him, but, he was releasing Varun Dhawan’s film just a week after his film. Govinda also claimed that, while Karan Johar showed that he was very humble and innocent, he found him to be more jealous and dangerous than David Dhawan. Govinda also added that, Karan Johar had not called him in 30 long years and also that he never even greeted anyone who was not a part of his group (read ‘camp’). Besides terming Karan Johar as not a kind-hearted man, Govinda also claimed that it was a well-planned and smart move by Karan Johar that he was releasing his film a week after his comeback vehicle.

For the uninitiated, Govinda is making a comeback with his upcoming film titled Aa Gaya Hero, which also stars Ashutosh Rana, Murali Sharma and Makarand Deshpande in important roles. While the film is being directed by Dipankar De, it is being produced by Govinda himself. The film is slated to release on March 3 this year. While the Karan Johar film which Govinda was constantly referring to was the Varun Dhawan-Alia Bhatt starrer Badrinath Ki Dulhania. While Badrinath Ki Dulhania is being directed by Shashank Khaitan, the film is being readied to release on March 10 this year.