Warner Bros. has made some changes to the schedule of the upcoming films. Zachary Levi starrer Shazam! Fury Of The Gods has been moved to 2023 whereas Jason Momoa starrer Aquaman and the Lost Kingdom has been postponed. 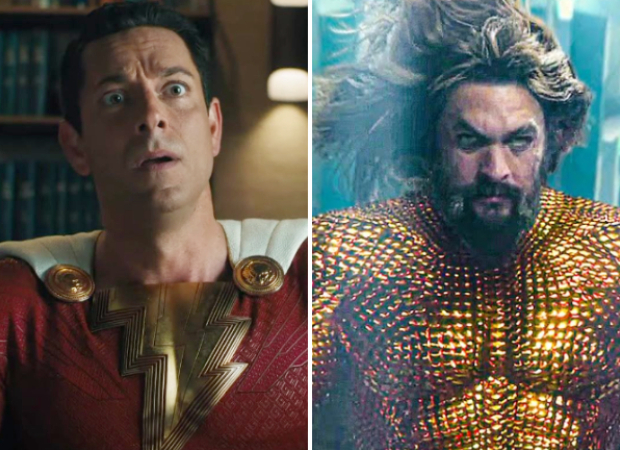 Shazam! Fury Of The Gods moved to March 2023; Aquaman and the Lost Kingdom pushed to December 2023

Aquaman and the Lost Kingdom has been moved from March 17, 2023, to December 25, 2023, as the official announcement by the studio announced on Wednesday. Based on the trailer of the movie, Arthur Curry (Jason Momoa) appears to be teaming up with Orm also known as Ocean Master (Patrick Wilson) in fighting David Kane aka Black Manta (Yahya Abdul-Mateen II), in Aquaman and the Lost Kingdom. At one point in the clip, Ocean Master is seen in a tussle with someone wearing a helmet. Later on, an image of Abdul-Mateen II in his villain costume is revealed, and he's with two of his henchmen holding the same headgear that Orm's adversary is wearing. There's also a shot of Wilson and Momoa running at the same time, but instead of being in a chase sequence, it seems like both of them are trying to get away from the same thing.

Joining the cast are Rachel Zegler, with Lucy Liu and Helen Mirren. The film is directed by David F. Sandberg and produced by Peter Safran. It is written by Henry Gayden and Chris Morgan, based on characters from DC;Shazam! was created by Bill Parker and C.C. Beck.

ALSO READ: Zachary Levi starrer Shazam! Fury Of The Gods trailer, unveiled at Comic Con 2022, is all about family that fights against Helen Mirren and Lucy Liu