In a very shocking turn of events, acclaimed filmmaker Rajkummar Hirani got named in the ongoing Me Too movement and it has shocked the film industry. While the deafening silence in the industry has got criticism, some actors who have worked with Hirani have come out in his support. They have called him a decent, dignified person and have defied the allegations made by one of his assistants who worked with him in his last film, Sanju. Dia Mirza who has been a part of his every hit film from the Munnabhai franchise to Sanju has stated that she is distressed by the news and in last 15 years that she has known Raju, she has not come across this trait in him. She said that though she respects Hirani, it would be wrong for her to speak about it because she does not know the details. 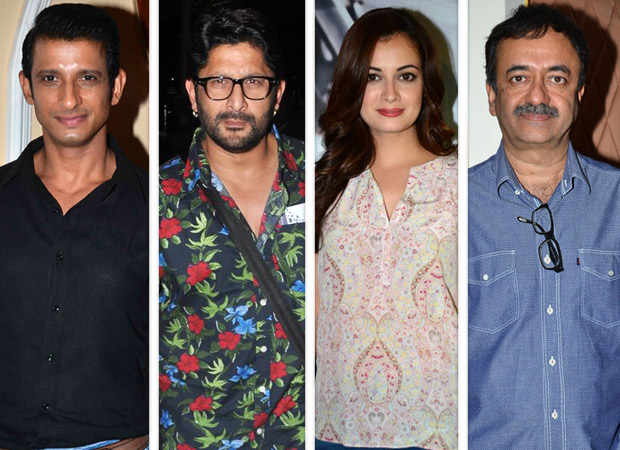 Arshad Warsi who has given his career’s best performance as Circuit in Munnabhai MBBS and Lage Raho Munnabhai said that it is a shocker for him. He said that Hirani is a wonderful person and a thorough gentleman.

Sharman Joshi who has been a part of Rajkumar Hirani’s 3 Idiots too supported him and said that the director is a man of integrity, character, honour, compassion among other things. He also said Raju inspired him as an actor and urged to be strong and stand up for himself.

Rajkumar Hirani reacted to the allegations through his counsel who called it, "false, mischievous, scandalous, motivated and defamatory". Not just Hirani but many veterans from the industry have been named in Me Too movement including Nana Patekar, Alok Nath, Sajid Khan, Luv Ranjan and Vikas Bahl, among others.

Also Read: After the sexual misconduct claim, Boney Kapoor comes out in support of Rajkumar Hirani