It's been 10 days since Shah Rukh Khan's son Aryan Khan was arrested in connection to a cruise drug case by the Narcotics Control Bureau. After his bail plea being rejected twice, Aryan Khan's case was heard today at a special NDPS court before Special Judge VV Patil. After hearing the matter till 5.30 pm, the court adjourned it for October 14. 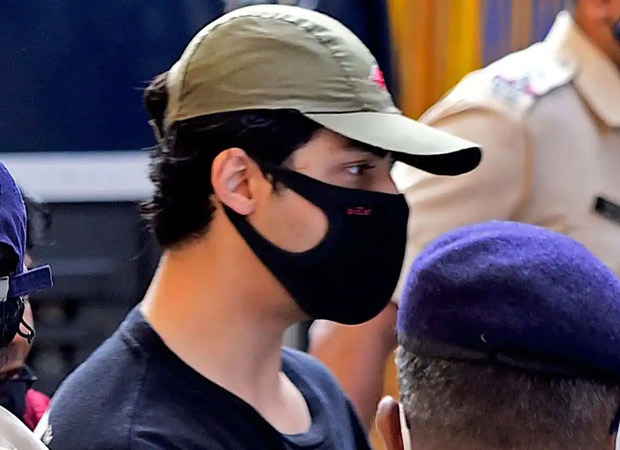 Last Thursday, Aryan Khan was sent to judicial custody and was remanded in Arthur Road Jail in Mumbai. The court hearing began with the NCB submitting their responses to the bail pleas. "1 applicant cannot be considered in isolation. All these persons are an integral part of a common thread that cannot be separated or dissected from each other. In such situation, the quantum of recovery, from an individual becomes inconsequential," a part of the reply read.

"Considering the influential person, that this applicant holds in the society, he may tamper with evidence and influence other witnesses whom he personally knows is very much possible. Also, the possibility of the applicant fleeing justice cannot be ruled out," NCB mentioned referring to Shah Rukh Khan's son Aryan.

Senior Advocate Amit Desai who was representing Aryan Khan said in the court after reading the bail plea responses by NCB, said, "The maximum case against Aryan Khan is no possession, admission of consumption." Desai said that none of the recoveries mentioned in the panchnama was from Aryan.

"If he did not have the cash he had no plans to purchase. If he had no substance he wasn't going to sell or consume," he added.

Talking about the charges, Desai said, "The only section '27A' of the NDPS Act that deals with illicit traffic, is not applied to Aryan Khan. It is not invoked till now because they are aware Mr. Khan is not involved in any illicit trafficking. It is applied to others, not to him."

He said that neither ecstasy, cash, or MD were recovered from Aryan Khan. “He didn’t have the cash to buy, nothing to sell. Only the three persons seem to have been arrested that afternoon. Though the recovery is much, I am arguing why his custody is no longer relevant. They are doing a good job by arresting many, but that doesn’t give them the right to hold on to those who are not related," he said.

Amit Desai also said in court that no sale, no purchase, no export, or transshipment had taken place with regards to his client, Aryan Khan. “Illicit trafficking is punishable under which section? 27A. The Panchnama doesn’t even talk of international trafficking. 27A was never invoked because they knew that Mr khan has not been involved in illicit trafficking," he said. He further added that his client was arrested for 20B, 27 r/w 35. “There is no possession, sale, purchase. I don’t know how 20B can be applied," he said. “They are not peddlers, drug traffickers. This isn’t the way they should be treated. In many countries, these substances are legal. Let us not penalise these people. They have learnt their lesson," Desai said."

The ASG representing the NCB after hearing Desai's side presented his argument. At 5.30 pm, the ASG requested to continue the argument tomorrow at noon. When Desai requested to schedule it for 11 am tomorrow, the court said that it has 5-6 matters tomorrow and will take it up after that.

NCB had seized 13 grams of cocaine, 5 grams of MD (mephedrone), 21 grams of charas (small quantity), 22 pills of MDMA (ecstasy) (intermediate quantity), and Rs 1,33,000 at International Cruise Terminal, Mumbai. However, they had said in the court that no drugs were found on Aryan Khan but they discovered small quantity contrabands on the co-accused.