Atal Bihari Vajpayee, who was Prime Minister of India three times, has passed away on August 16. The announcement of the passing away of the former PM and BJP patriarch was made by All India Institute of Medical Sciences or AIIMS. The politician was 93-years-old and was being treated at the AIIMS since June this year. Atal Bihari Vajpayee was one of beloved politicians of his time and finest orator and nation mourns this great loss. As B-town offered condolences yesterday, Shah Rukh Khan penned a heartfelt post in the honour of the late politician. 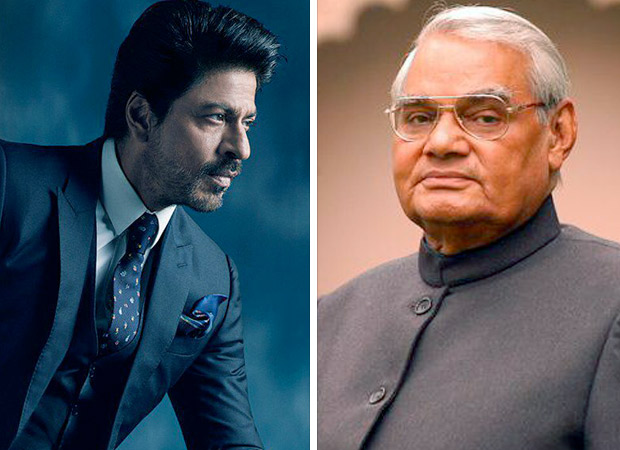 Shah Rukh Khan took to his Instagram to talk about how his father would take him for Atal Bihari Vajpayee’s speeches. “My father use to take me for every speech that Mr. Vajpayee made in Delhi when I was growing up. Years on I had the opportunity to meet him and spend lots of time discussing poetry, films, politics and our ailing knees. I also had the privilege of enacting one of his poems for screen. He was fondly addressed as ‘Baapji’ at home. Today the country has lost a Father Figure and a great leader,” he wrote.

With the former PM's passing away, SRK feels he has lost a part of his childhood. “Personally I have lost a part of my childhood and growing up memories of learning smiling and of course poetry. I consider myself the luckiest to have had his influence on my life during my formative years. May his soul rest in peace. My deepest condolences to his family and friends. Will miss your smiling face Baapji,” SRK added.

For The Poet Prime Minister of our country, love you Baapji...