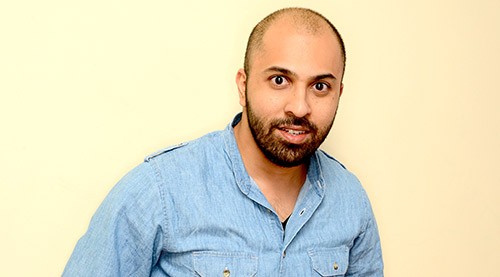 Other than Shekhar Kapoor no Indian director has so far had the privilege of directing a full-fledged British production with a cast and crew from outside India.

After The Lunchbox which fetched its director an instant and enduring global fame, Ritesh Batra was given the singular honour of directing a BBC-produced screen adaptation of British author Julian Barnes Booker-winning novel The Sense Of An Ending about a man's search for his friends from his youth.

Barnes' novel was adapted to the screen by celebrated playwright Nick Payne.

Batra directed the very accomplished Jim Broadbent (who won the Oscar for his performance Iris) in the protagonist's role. In addition the cast compromised such distinguished names as Charlotte Rampling.

The film's shooting was completed almost a year back. But no release date has been announced.

A source in the know says, "The producers BBC Films and Origin Pictures are happy with the way the film has shaped up. But strangely they are not releasing the film. Batra in the meanwhile is moving on to his next this time an Indian production with Nawazuddin the lead."