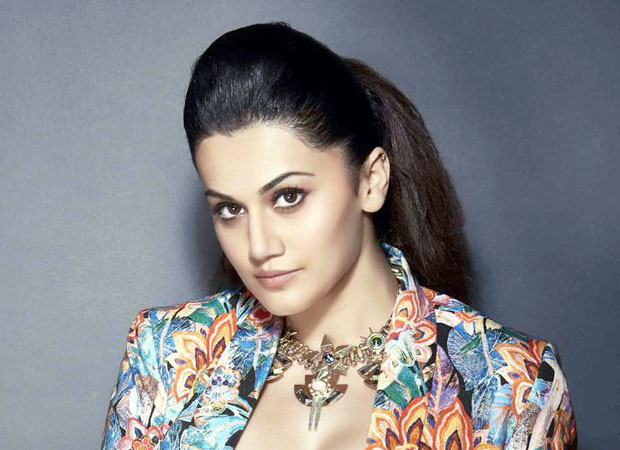 Taapsee Pannu, in the last year, has not only made a visible mark in Bollywood but her name is often associated with several initiatives related to women empowerment. After her shift from South to Bollywood, the actress is recently on a film signing spree. While she will soon kick start the promotions of her forthcoming film Judwaa 2, the actress is simultaneously also focusing on causes she believes in.

While there have been many reports about Taapsee Pannu supporting campaigns that are related to gender equality and similar ideologies, the reason behind the actress being associated with them is owing to her powerful performances as strong female protagonists in films like Pink and Naam Shabana. In fact, this was also the strongest reason for the actress to be roped in to promoting the new ideology of RK Laxman's granddaughter Rimanika Laxman.

The legendary cartoonist, who was always known for his work of cartoons which showed the struggles of the common man through the medium of cartoons, now will have his legend taken further with the advent of ‘Common Woman’. The new series will look at a woman's perception at various social issues in India and how she deals with it. It's about voicing her opinions strongly about various social issues

Rimanika Laxman collaborates with Taapsee Pannu to further spread the message of the new initiative. Speaking about it, Taapsee said, "It was an honour to be a part of this historic launch. I was overwhelmed to know how the entire family of RK Lakshman sir felt it was apt to launch this new character by me. It will be a very wonderful gathering amongst dignitaries and a memorable occasion to remember that people are associating me with the voice of a common woman. Rimanika had wonderful ideas about what ideologies that the common woman will stand for. I can't wait to see her grow in this field and looking forward to seeing the common woman around more often. "