Jacqueline Fernandez’s Ek Do Teen (reprised version) dropped yesterday and has become a talking point since then. Before the release of the song, Jacqueline Fernandez rushed to Madhuri Dixit to seek her “blessings” and Baaghi 2  director Ahmed Khan paid the legendary choreographer Saroj Khan a visit before filming the reprised version of Khan’s iconic Madhuri Dixit song. 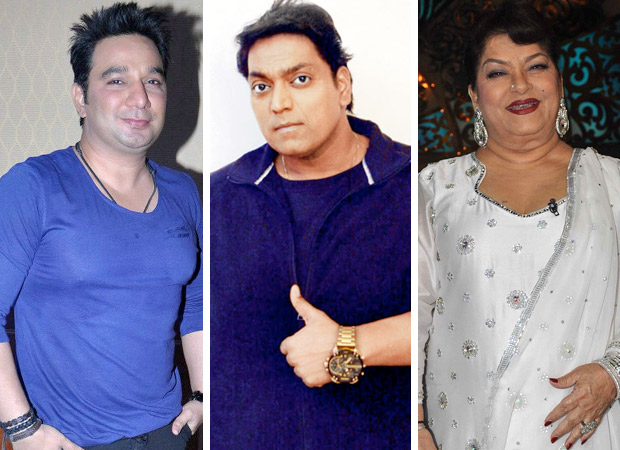 “It was only the proper thing to do. I consider Sarojji my guru. When we were thinking of which  number to use for Jacqueline Fernandez’s dance number, many songs like Saat sumundar paar (Vishwaatma) and Aao na gale lagao na (Mere Jeevan Saathi) came up for consideration. When we decided to add an item song at the last minute, we were sure of two things. That there was space for it in the plot. And that we wanted only Jacqueline to do it.”

Jacky, says Ahmed, was over the moon when she was offered this dance number. “When she heard it was Ek Do Teen she freaked out. It is everybody’s favourite. When we think of an item song, we think of Ek do teen as the baap of all them all. I quickly paid Sarojji a visit. But we did not invite her to do the  choreography for the new version of Ek Do Teen for two reasons. One, because we wanted a new treatment to the song. And two, because Sarojji is now getting old and is also likely to run out of patience on the sets.” 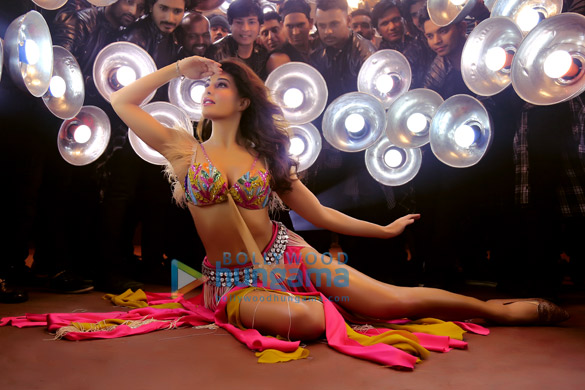 Ahmed Khan says he instead invited Ganesh Aacharya to do the dance steps. “It is an entirely new interpretation of the iconic song, not meant to challenge the original. Rather, ours is  a homage to the original. We made sure that Jacqueline’s costume was a close replica of Madhuri’s costume. We have incorporated Madhuri’s signature step—the palm and fingers perpendicular to the forehead  accompanied by a trot backwards—into our version. But the rest  of the steps are by Ganesh.”

One change from the original that may not go down well with the architects of the original is the voice. Alka Yagnik’s vocals in the original song have been replaced by Shreya Ghosal.

Ahmed hopes to show the new version of the song to Saroj Khan, Madhuri Dixit and the Tezaab director N Chandra. “We need their blessings. Our song is possible only because of them,” says Ahmed emotionally.