Recently, actors Ranbir Kapoor and Hrithik Roshan were spotted outside producer Jackky Bhagnani’s office. This led to the reports that the actors will collaborate for a project. As per the latest reports, they have been roped in for a cinematic version of the epic Ramayana. Ranbir will play Ram, whereas Hrithik has been roped in to play Raavan. If these reports are to be believed, the makers are looking for an actress to play Sita and are looking into a massive project. 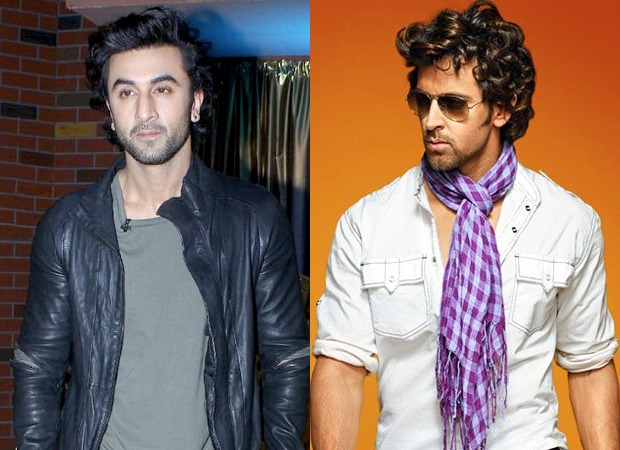 A source revealed a tabloid that this was among their first joint meeting with Hrithik Roshan and Ranbir Kapoor, who play Raavan and Ram respectively. They discussed the massive vision of the project and even the tentative plans of taking it on floors sometime in the second half of next year, the source said.

However, this will be the first time that the actors will share the screen space together. A report stated that the team wants to make a massive announcement with a creative featuring the three principal characters - Ram, Raavaan and Sita.

Meanwhile, on the work front, Hrithik will be next seen in Sidharth Anand’s Fighter, co-starring Deepika Padukone. It is his second collaboration with the director after the massive hit War, where he shared the screen space with Tiger Shroff and Vaani Kapoor. He also has Rakesh Roshan’s Krishh 4 in the pipeline.

Ranbir, on the other hand, is looking forward for the release of Ayan Mukerji’s Brahmastra with Alia Bhatt and Amitabh Bachchan. Besides that, he will also be seen in Karan Malhotra’s Shamshera with Vaani Kapoor. He also has Sandeep Reddy Vanga’s Animal with Parineeti Chopra, Anil Kapoor, Bobby Deol and Tripti Dimri in the pipeline. Apart from that, he is currently shooting for Luv Ranjan’s next with Shraddha Kapoor.

Also Read: 2 Years of War: “The response the film received only encourages me to follow my gut” – says Hrithik Roshan