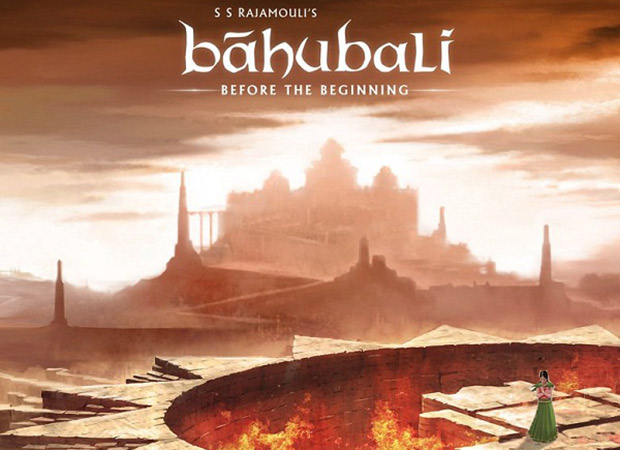 While the whole world is waiting with bated breath for the magnum opus Bahubali:The Conclusion, the film’s makers have already sprung up a surprise. ‘Team Bahubali’ which comprises of SS Rajamouli, Rana Daggubati and others recently launched a book titled ‘Rise of Sivagami’ at a literature festival.

Buzz is that, this is the first book in the ‘Bahubali’ series, which talks of the time before the beginning of ‘Bahubali’ when Sivagami seeks revenge of her father’s death. While the book has been penned by Anand Neelakantan, it will be available all over from March 7 this year. The book launch session also saw the hunky Rana Daggubati reading an excerpt from the book. Readers may recall that, earlier the makers of Bahubali had given a a preview of the graphic novels that will be hitting the markets soon alongwith the virtual reality game.

The second instalment of Bahubali The Beginning, which has been titled Bahubali: The Conclusion stars Prabhas alongwith Rana Daggubati, Tamannaah Bhatia, Anushka Shetty and Sathyaraj. The film is all set for release on April 28 this year.