It's a treat to watch actors like Radhika Apte and Nawazuddin Siddiqui together who bring so much more to the screen than plain masala and non-substantial glamour. They are easily the two most notable and critically acclaimed actors in our film industry and with every project; they have been proving their mettle. Having collaborated on 3 projects so far – Maanjhi: The Mountain Man, Badlapur, and Sacred Games, their acting prowess remains unmatched in contemporary times and the audience has loved their work together in the past and eagerly await to see them on screen in future also. 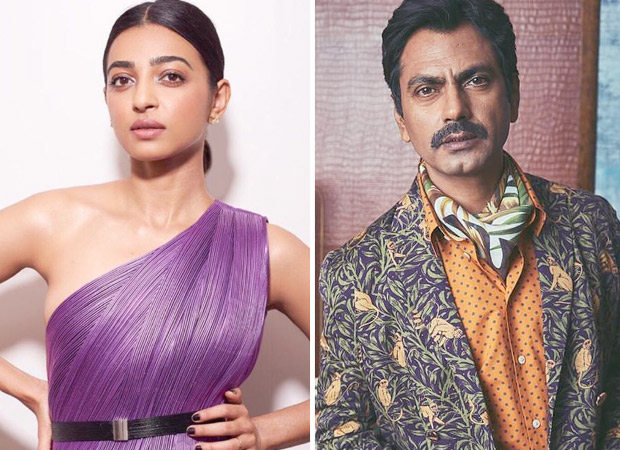 Keeping that in mind, the duo will be seen sharing the screen space for their upcoming film, Raat Akeli Hai. Talking about the rapport they share Radhika shared with us, "Nawaz is a fantastic actor, and I always love to collaborate with him. He is such a giving actor. I have imbibed so much from him as a fellow colleague.” Radhika Apte’s versatility as an actor and honest persona are the most endearing traits of her. Our very own Indie star, known for her brave choices of films has spread her charms with top-notch roles- be it films or OTT platforms. The actress who has been constantly seen on the digital space has also been lovingly called ‘omnipresent’ all across.

With movies like Andhadhun and Padman doing extremely well at the box office, Radhika Apte believes she has had quite a run last year. The actress not only shone through her movies but also made her presence felt on the small screen in the form of web shows. Radhika had three releases -- Lust Stories, Sacred Games and Ghoul -- this year on streaming apps. On the work front, Radhika will be next seen in a Hollywood project namely Liberté and also a Bollywood film named Raat Akeli Hai for which she shot in Lucknow recently.