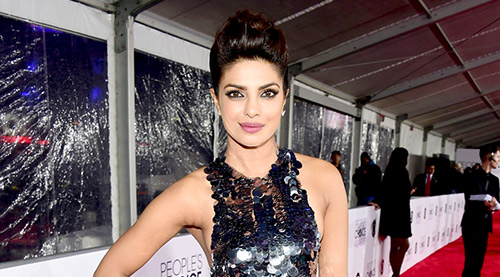 Just last week we had reported that Priyanka Chopra who after making her foray into the world of music had captured the audience fancy with her role as Alex Parish in the US TV series Quantico, wrapping up the shoot for her maiden Hollywood film Baywatch would be seen lip syncing in Enrique Iglesias' latest track. Well now we hear that Priyanka has been nominated for the Teen Choice Awards.

In fact Priyanka Chopra bagged the nomination as the Choice TV Breakout Star category for her performance in Quantico. Tweeting about the same an elated Priyanka took to Twitter to express her delight saying, "So fun!Thank you #TeenChoice for the #ChoiceTvBreakOutStar nomination for #Quantico Excited, grateful @TeenChoiceFOX".

As for the show, Quantico revolves around a group of young Federal Bureau of Investigation recruits, who are training at the FBI Training Academy in Quantico, Virginia.