Is Priyanka Chopra getting engaged on Saturday? No one from her film fraternity in Mumbai seems to have been invited. A colleague and close from the actress says she has no idea of the big event. “I am only reading about it. I haven’t been invited. I don’t think anybody has. I heard Nick Jonas has landed in Mumbai with his family.” 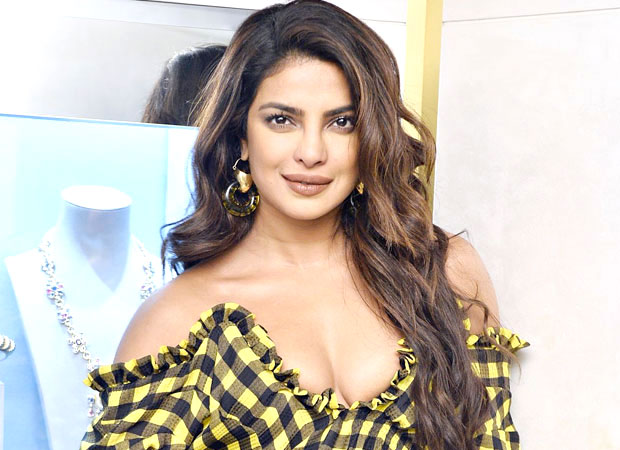 But Ms. Chopra is tight-lipped. After being seen with Mr. Jonas everywhere from America to India to Brazil, Priyanka Chopra says her relationship – status is her own business. Fair enough. But her career, fortunately or unfortunately, is everyone’s business, especially those who invest in her films. Salman Khan, for example is a producer on Bharat, and he has every right to be pissed off with Priyanka after she slipped out of her commitment using the excuse of a marriage.

Of course, there is no marriage at the moment. Then, why would she do this to Salman Khan, or any other producer-actor desirous of working with her? Strangely, Priyanka and Salman were in Delhi together last week, giving different versions of the same story about her controversial exit from Bharat. Salman poured sheathed spleen on Priyanka’s unprofessional behaviour.

But, Priyanka Chopra remained undaunted. She announced to the Delhi press that she would only do leading lady roles, nothing less. So, was she implying that she opted out of Bharat because it was not a lead role? Priyanka also said she will only do lead roles in Hollywood. However, her most recent Hollywood release, A Kid Like Jake featured her in a strictly supporting role while the lead and second-lead were played by Claire Danes and Octavia Spencer. Priyanka was actually the third-lead in this film.

So, is Priyanka confused about her career? Is she going through a churning where her professional and personal interests on one hand and her cultural otherness as compared with Hollywood biggies on the other hand? Are her priorities on a collision course?

Priyanka needs to sort out her professional priorities. With her career-defining television series Quantico in America closing down there is little to hold her in Hollywood. In that case, is it advisable for her to burn her bridges in Bollywood?

Also Read: Priyanka Chopra gives us a glimpse of her massive engagement ring from Nick Jonas