In what seems to be yet another loss in Bollywood, a veteran actress Shammi Aunty aka Nargis Rabadi passed away on Tuesday. The 89 year old celebrity was loved and adored by one and all who were in for a shock when the news broke in. 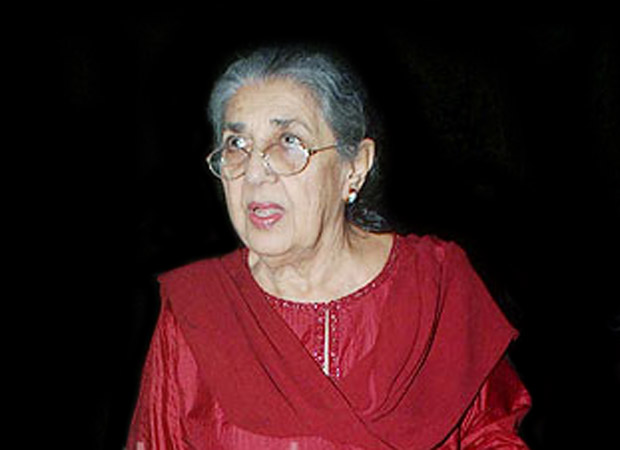 Shammi Aunty who adapted this name considering that she already had another Nargis ruling the industry then has acted with big names in the industry.  She has worked with the then superstars like Dilip Kumar, Kishore Kumar among others. Her demise is said to be a consequence of her old age and ill health.

Considering that she has always maintained a great relation with almost all celebrities in the industry, many took to social media to express grief. One amongst them was Amitabh Bachchan. The megastar took to Twitter to speak on the same.

T 2735 - Prayers and fond remembrances for Shammi Aunty .. so dear to us as family .. lost to us today ..??
some early pictures as a young entrant to films .. and one with Nargis ji at an event ; Shammi Aunty's real name was also Nargis ! pic.twitter.com/pfgzd1Tff3

Besides him, many other celebrities too decided to share their feelings over the actress’ demise

Shammi, aunty to me and a great actor of yesteryears passed away today. She was my mother's dear friend and someone we all loved very much. May her soul rest in peace and her laughter and contagious smile rock the heavens. Be In peace with your friends pic.twitter.com/jFfpmUfVoP

Sad to know about the demise of a brilliant actress & a loving human being #Shammiauntie.Had great time working with her in my tv show #FilmiChakkar. Will miss U #Shammi auntie.?? #RIP. pic.twitter.com/mJESIsxHXb

Known for films like Half Ticket, Khuda Gawah, Coolie No. 1, Hum Saath Saath Hain amongst others, Shammi Aunty has also been a popular name on television. The actress played some memorable roles during the 90s era in shows like Dekh Bhai Dekh, Zabaan Sambhal Ke, Filmy Chakkar among others.

Check Out: Celebs attend the funeral of veteran actress Shammi