One of the most ambitious projects of Ajay Devgn, Taanaji - The Unsung Warrior, had their mahurat shot as per schedule on September 25. The film, produced by Bhushan Kumar of T-Series, will revolve around the life of this unsung warrior of glorious Indian history, Taanaji Malusare, who fought for his people, his soil and his King, Chhatrapati Shivaji. 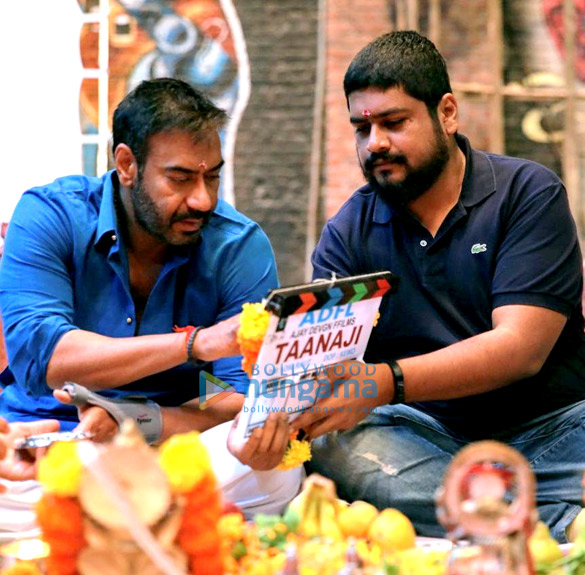 Some reports have revealed that while the film will go on floor on September 25, Ajay Devgn will kickstart shooting in the month of October. The actor has undergone several look tests. He has even done workshops for dialect under a special instructor. The filming will reportedly begin with the supporting cast and Ajay will be joining in mid-October. As the film is being made on a massive scale, huge sets have been erected for the shooting in Mumbai.

Taanaji will mark Bhushan Kumar’s first venture into costume drama and historical space. Speaking on the first of its kind epic film, Bhushan had earlier stated, “Ajay is one of the finest actors that we have today. The intensity that he brings to his performance is unparalleled. After the success of our recent film Raid, I am super excited to be part of a costume drama, a first for our banner T-Series.”

The film will be directed by Om Raut, who has to his credit Lokmanya Ek Yugpurush (2015), the Marathi biopic on Bal Gangadhar Tilak.

Bhuj - The Pride Of India

Bhuj – The Pride Of India