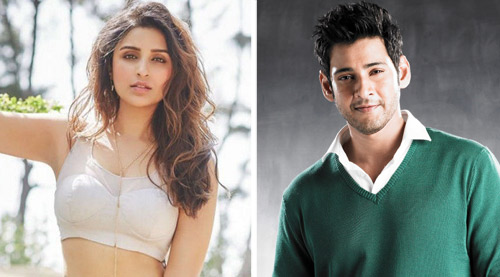 Parineeti Chopra who recently made headlines for her stunning metamorphosis and later when she was roped in for the film Meri Pyaari Bindu, will soon be making her debut down south. In fact, we hear that Parineeti Chopra is all set to make her Tollywood debut with a film that will be directed by the Ghajini director A R Murugadoss.

If that wasn't enough we also hear that the said film which will feature the actress sharing screen space with Mahesh Babu will be a bilingual project shot simultaneously in Tamil and Telugu. Apart from this, it is being said that the untitled film will be one of the costliest films made, with an estimated budget of Rs. 90 cr.

As for the rest of the team, director-turned-actor S J Suryah will be seen essaying the role of the villain while Santosh Sivan will be wielding the camera and Harris Jayraj will be developing the film's music.