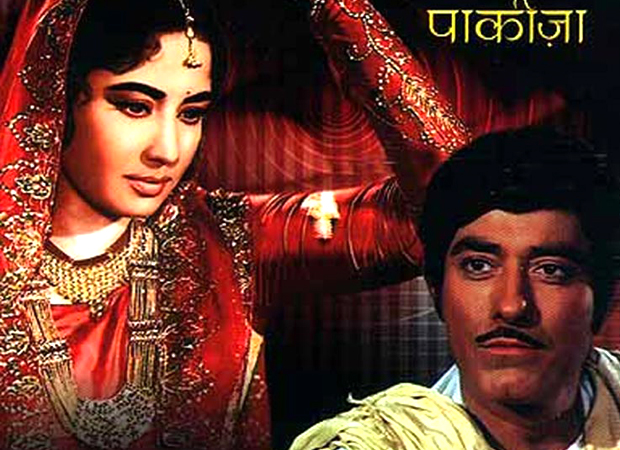 One of India’s most iconic films that took 14 years to hit the silver screen, Kamal Amrohi’s classic Pakeezah starring his former wife Meena Kumari is currently facing legal issues. After Amrohi’s children sold their production house Mahal Pictures along with the famous Kamalistan studio, located in suburban Mumbai, to Pune based builder Avinash Bhosale, DB Realty and the Luthrias, DB Realty has now moved the High Court as a legal feud ensued between them over ownership of the 1972 classic.

Talking about the suit filed by DB Realty, the company decided to move the High Court after the announcement of Amrohis selling rights of Pakeezah to Shemaroo Entertainment in 2015. Amrohi’s children namely Tajdar, Shandar and Rukshar, have come out in support of Shemaroo claiming that Pakeezah was solely their father’s legacy. According to Tajdar, the contract he signed clearly states that the rights of the film will be pledged back to him after selling Mahal Pictures. He also further stated that the film’s credits claim that the film was written, directed and produced by Kamal Amrohi and that nowhere has it been mentioned that it is a Mahal Pictures Production. Hence, DB Realty has no rights over the same.

On the other hand, Avinash Bhosale continues to retain that they were indeed handed over the rights of Pakeezah and that now the Amrohis illegally sold the rights of the film to Shemaroo.

However, denying the same, it is being said that in 2008, the board of directors of Mahal Pictures had passed a resolution indicating that in the event of sale of the company, the rights of Pakeezah would be solely transferred to the Amrohi family, the details of which will be submitted in the court by Tajdar. Terming it as a false case, Vinod Karani of Shemaroo Entertainment too has reportedly supported the Amrohis maintaining that the details of the 2008 meetings were not included in the suit filed by DB Realty deliberately.

On the other hand, the current representative of Mahal Pictures, Jatin Rajguru continues to firmly assert that the film certified by the censor board in 1971 clearly stated Kamal Amrohi as the owner of the film, who was then also the owner of Mahal Pictures. He also maintained that the details of the board of directors meeting held in 2008 were hidden from them during the purchase of the production house and studio.

Pakeezah featuring Meena Kumari in the lead role of a courtesan was announced in 1956, four years post the marriage of Amrohi and Meena Kumari. But their separation and the ill health of Meena Kumari majorly delayed the release of the film which eventually hit the big screen in 1972. However, the film turned out to be one of the most iconic films in the history of Indian cinema.

Ranbir Kapoor and Imtiaz Ali's next NOT the…