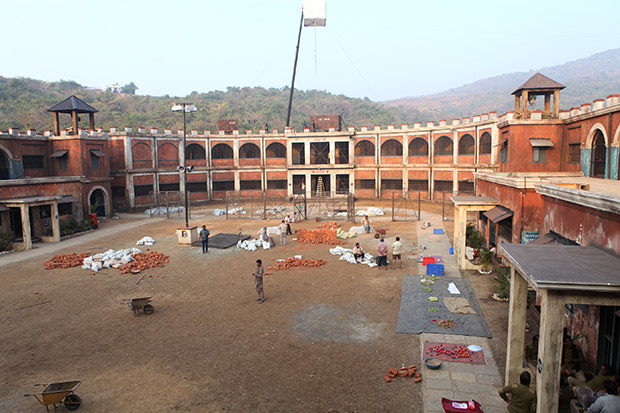 Nikkhil Advani’s film Lucknow Central with Farhan Akhtar in the lead has kick started on full swing. The set for the film has been erected at a suburban studio in Mumbai and it has already been gaining curiosity. And now we hear that Nikkhil Advani, Farhan Akhtar and all the actors have gone through an unusual exercise.

Before the start of shoot, the entire team including the crew spent two nights living at the jail set. It was an exercise to understand how it feels to be in a confined space. Nikkhil Advani made this unusual suggestion to get the entire team before the jail sequence into the space of the film. According to a source, they had a blast during the stay. They shared stories, had jamming session and a big hit amongst them was jail escape stories by the director who has done lot of research on jails.

Produced by Viacom18 Motion Pictures and Emmay Entertainment and Motion Pictures, Lucknow Central is directed by Ranjit Tiwari. The film was said to star Kriti Sanon and then Saiyyami Kher. However, after several changes, the makers finally decided to rope in Diana Penty who is riding high on the success of Happy Bhaag Jayegi.