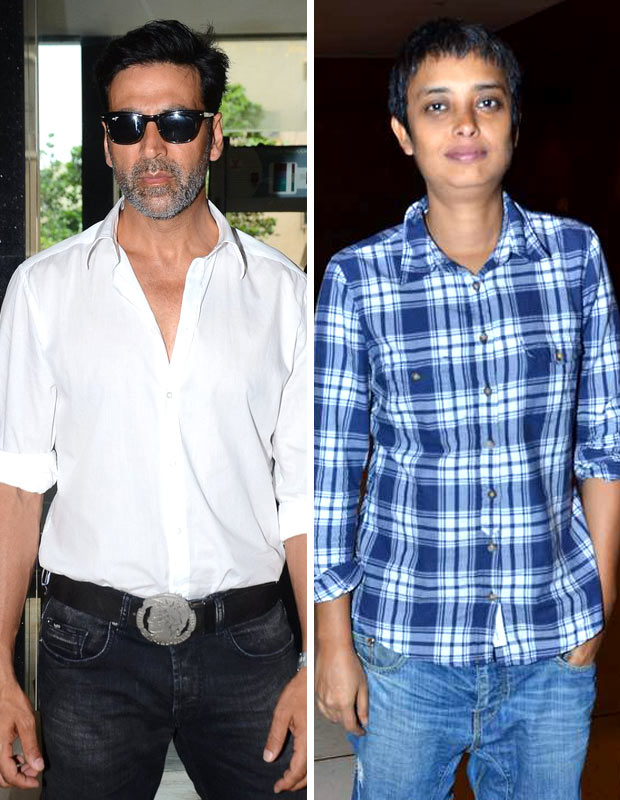 Reema Kagti has not directed a film since her Aamir-Rani-Kareena-Nawaz starrer supernatural drama Talaash. She didn’t know what hit her when Saif Ali Khan opted out of her next film Mr Chaloo. The Talaash began all over again, pun intended. For the director who worked with Aamir Khan in her next last project, the painful hunt for a hero was humiliating and discouraging.

Not that Reema is complaining. “Casting changes and delays are an inevitable part of the filmmaking process. One can’t be bogged down by such problems.”

Now when Reema Kagti is all set to direct Akshay Kumar in Gold, a film recreating India’s historic win for hockey at the 1948 Olympics, she has little to regret, much to celebrate. “It wasn’t as though I was sitting doing nothing when Mr Chaloo got delayed. In fact we have found a leading man for the project and I will be making the film after Gold. I was also writing Zoya Akhtar’s next film which she directs soon”, informs Reema.

Reema and Zoya go back a long way, “Apart from Luck By Chance which she wrote on her own I’ve been a part of all her films so far, as she has been a part of my films. She is also been a huge creative support in putting together Gold.”

Right now, Reema Kagti’s entire focus is on Gold. “I’ve always been interested in the great sports films. I can watch them over and over again. And I wanted to direct a sports film. It wasn’t until my friend the lyricist-writer Ankur Tiwari shared the idea of a film on a historic hockey match that India played at the 1948 Olympics and brought home India’s first gold medal, that I finally got down to doing my own sports film.”

Reema is prompt to stress that the film, scripted by Rajesh Devraj, is not a historical account of the actual game. “Mine would be a fictional take on what actually happened. The game of hockey would feature prominently in the plot. But there will also be a strong human drama playing at the forefront. And it wouldn’t be just the Olympics victory in 1948 we will be looking at. Gold will look at 12 crucial years in India’s history.”

The director is aware of the inevitable comparisons with Shimit Amin’s Chak De India. “Just because hockey is the sport at the backdrop of my film it will be compared with Chak De India. But why can’t two films on the same sport co-exist? Ashutosh Gowariker’s Lagaan and Neeraj Pandey’s M.S. Dhoni- The Untold Story are based on cricket. But they are very different films. There is room for two films based on a game of hockey as well. And like I said, my film is not just about hockey. There is a very strong dramatic story to be told.”

Reema says Akshay Kumar was the first and only choice to play the lead in the film. “It is a dream casting. I couldn’t have hoped for a better lead actor for my film. Come to think of it my earlier two films Honeymoon Travels Pvt Ltd and Talaash worked because of the brilliant actors I got.”