Bollywood actress Nimrat Kaur is one of the most talented actresses in the industry and her recent role in Dasvi gained her a lot of appreciation. Playing the wife of an uneducated politician, who eventually must take over his political domination after some unseen events take place, Nimrat showcased an impressive facet of her acting. She is back with another unique role in Happy Teachers Day. 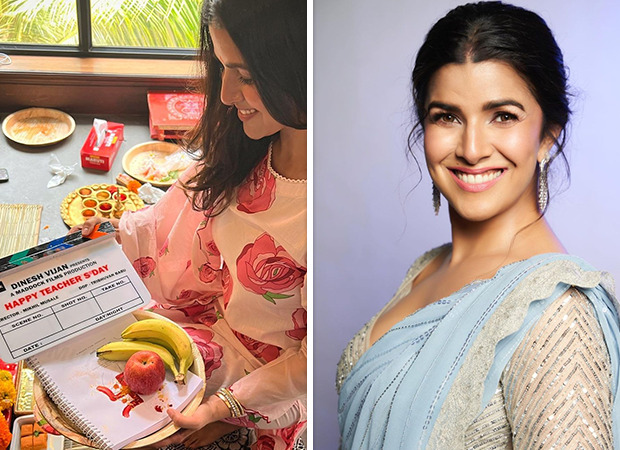 Dinesh Vijan presents Happy Teachers Day will take the audience on an unforgettable ride with the portrayal of the struggles of teachers. The recently released teaser of the film gave a ‘Hatke’ vibe and the fans quite let out their eagerness to watch it. The film stars Nimrat Kaur and Radhika Madan in lead roles and is one awaited film coming from Maddock Production.

Taking to her social media handle, the actress shared a photo featuring a clapboard. Meanwhile, giving it a short caption, she wrote, “Happy Day 1 from the set of Happy Teachers’ Day!!” Many of her followers wish her luck in the comments section.

When asked about her excitement at the start of the shooting, The Lunchbox actress expressed, "I am very excited to be in Pune, to be shooting the film. Incidentally, Pune is a city where I went to my first school ever. I was in Holloway Primary School College Of Military Engineering Pune here in my first standard. So, it's very interesting coming back here with a theme like 'Happy Teachers Day', a story that revolves around the education world.”

The 40-year-old actress further added, “I am very excited to be here, it's really wonderful and I am looking forward to the journey as it begins." Happy Teachers Day is directed by Mikhil Musale and is set to hit the screens on Teachers Day 2023.