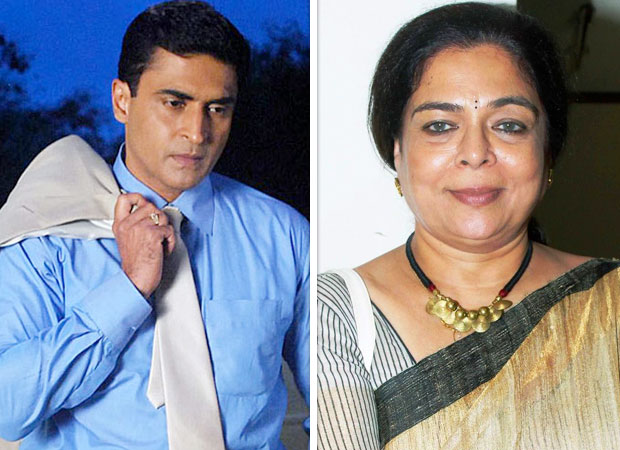 The Hindi and Marathi film and TV industries lost one of the finest stars, Reema Lagoo, on May 18 after the veteran actress suffered a cardiac arrest. She was complaining of chest pain late night on May 17. Her family then took her to hospital around 1 am. She passed away due to a heart attack around 3.15 am.

Like many Bollywood stars, Mohnish Behl also was left in shock when he heard the news of Reema Lagoo's untimely demise. The actor had worked with her in several films including Hum Saath Saath Hai, Hum Aapke Hai Koun, Maine Pyaar Kiya and Vaastav. Speaking about her, Mohnish Behl said that it was very shocking to hear about her death, really as she was working till Thursday, May 18.

Reminiscing about the times Mohnish got an opportunity to work with Reema Lagoo, he said that he did a lot of films with her, and so they used to spend a lot of time together on the sets. She had played his mother in most of the films. Talking about her kind nature, he said that despite being a senior actor, she was very approachable. One could just drop in and say hello, sit down and chat with her. He said that she was a very warm and welcoming person. She was the one with whom one never felt a social barrier. She was a very good looking person and a very gracious human being.

Mohnish Behl isn't new to the industry. He had seen the film industry since his childhood days as he was the son of well-known actress, Nutan. He had lost his mother at a young age. Talking about his bond with Reema Lagoo, he said that he has lost a special friend. He had not met her in recent times as he wasn't working so much. He realized that no one can ever meet someone like her again.

With a heavy heart, Mohnish further said that if Sooraj Barjatya made a film, and decided to cast all of old Rajshree folks again, they know that she won't be there and that’s a sad thought. Talking about her work, he said that she played Sanjay Dutt and his mother and Shivaji Satham was our father in Vaastav. And that’s just another aspect to an actor who had survived in the industry for so long as she was perfect at her craft. He said that she has left a void personally, and professionally.

Reminiscing about his on-screen mother Reema Lagoo, he recollected about the time she used to live in a building in Versova, and his family had a flat in the adjoining building in the same complex. He had lived all his life in South Mumbai, but he used this Versova flat when he had an early morning shift or overnight shoot. So, he used to tell his family to come across the city and stay there for a couple of days during the busy shooting schedule. And every time he woke up in the morning, he would see his wife waving out at Reemaji across the building from the balcony, and they used to have a conversation in sign language. They’ve known each other independent from his relation with her. Mohnish revealed that his wife had worked with Reemaji in Vansh and Vaastav also. These are the little things that filled up their mornings there with joy.

Lastly, Mohnish Behl added that now they are quite certain that when they go there, they will miss seeing her standing on her balcony and waving at his wife. He said that he has lost a lot of people in his life and one of them is Reemaji.