Well, all of them, who have been following up news reports for the past few days, would be aware that #MeToo campaign has suddenly flared up massively in Bollywood. Many actresses, crew members, writers etc. are coming out in open to speak up on their sexual harassment stories and many renowned names like Nana Patekar, filmmaker Vikas Bahl and Alok Nath are being charged with these allegations. In fact, the ‘sanskaari’ actor Alok Nath is also being accused of rape by writer Vinita Nanda. And now another actress who is speaking up against the veteran actor is Himani Shivpuri. 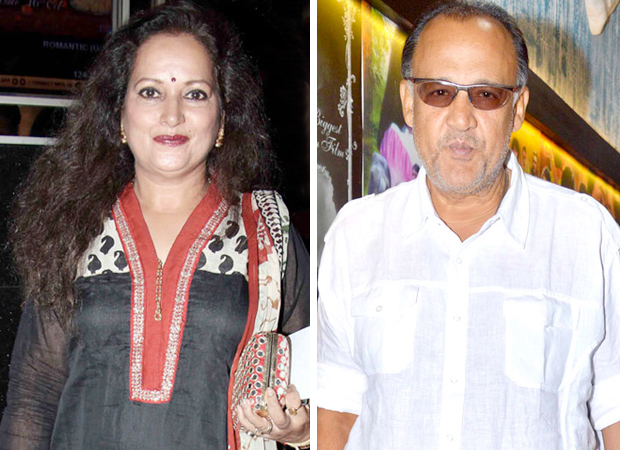 Known for her roles in films like Hum Aapke Hain Koun!, Kabhi Khushi Kabhie Gham, Hum Saath Saath Hain amongst others, the actress has shared a fair amount of screen space and has acted with Alok Nath in more than a handful of films. The actress has also studied in National School of Drama where Alok Nath was her senior. Recalling one such sexual harassment experience from her own life, Himani stated that under the influence of alcohol once, Alok Nath tried to act smart with her but she escaped.

She lashed out on Alok Nath’s behavior stating that he is a sanskaari person until 6pm and after that he takes to alcohol. She alleged that the veteran actor has a split personality wherein he behaves like a completely different person under the influence of alcohol. Reminiscing about the day, Himani stated that he once walked into her room in a drunken state and started saying nonsensical things to her.

The veteran actress confessed that she was young, naïve and came from a small town, so she was scared of him. She initially asked him to go out of her room but when he refused, she screamed and cried! She obviously heaved a sigh of relief when he was taken away later.

In another reports, Himani described Alok Nath as Jekyll and Hyde and also asserted that his behavior was an open secret in the industry. She also maintained that the earlier days weren’t like the contemporary ones where the actresses could speak up and voice out about pervert incidents and sexual harassment. She lauded Vinta for doing so after these many years and also appreciated Tanushree Dutta’s courage for speaking up against Nana Patekar.

Himani Shivpuri also concluded in these reports that one day she too will speak up about her own #MeToo story and has mentioned that it will a list of names of some renowned personalities from the industry. Although Himani has assured that she was never physically harmed, she added that she will speak about those who have asked for sexual favors from her.