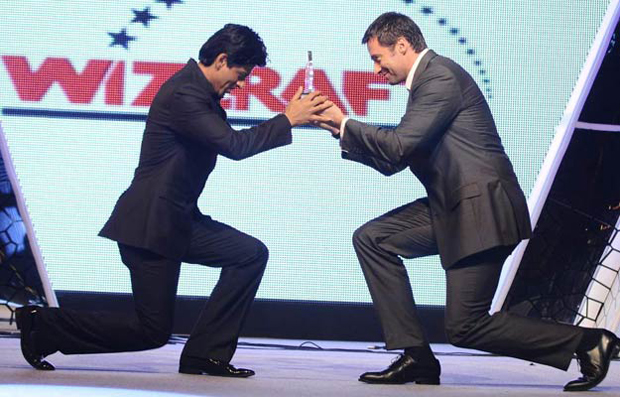 Hollywood star Hugh Jackman, who is gearing for the release of his latest Wolverine film Logan, has gone on record to say that this film is his last one as the iconic character Wolverine. While the fans around the world can’t seem to let go off the actor as Wolverine, Hugh thinks that it was the right time to bid farewell to the role and have a successor. In several interviews, he has stated that he would be fine with anyone taking forward this iconic role.

During one of the press junket, Hugh Jackman was asked who he thought could take over the role and would he feel a little bad about letting it go. Hugh said that he would be fine and said that maybe Shah Rukh Khan could play the role. Shah Rukh Khan is yet to comment on Hugh Jackman’s suggestion but seems like the Logan star would not mind another Bollywood star in Hollywood.

While the fans await Shah Rukh Khan’s response, Logan is set to hit the theatres in India on March 3.