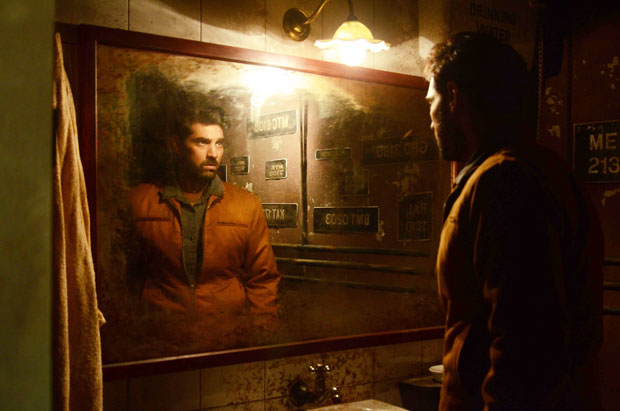 There have always been certain questions that have plagued even the greatest minds or for that matter even civilizations. And one such question is, ‘Do multiple dimensions exist, are they accessible, and what are they like?’ Well, though not attempting to answer this question, we hear that Kunaal Roy Kapur is all set to feature in the film The Final Exit that apart from exploring the dimensions beyond the ones we live in also questions the perception of life.

Written and directed by Dhwanil Mehta, produced by Mrunal Jhaveri & Vishal Rana and presented by Tony, The Final Exit explores this different world and the horrifying experiences one undergoes when trapped in this world. Talking about the same producer Mrunal Jhaveri says, “I always wanted to back a film with unique content which redefines storytelling amalgamated with commercial cinema. I wanted to create content which stirs emotions, keeps you grilled and holds you back. Sometimes you may just read one page but your gut shouts out and you know it, ‘This is going to be the debut production’. With The Final Exit it was exactly like that emotion.”

Echoing a similar note, Vishal Rana who is also producing the film adds, “ The Final Exit is a path breaking movie in its genre. Its concept and story appealed to me. Add to that, the director was very clear in his vision and wanted to tell a very different and unique story. And above all, we are all old friends and share a very strong bond. So it became so much easier to do this project together as a team.”

As for the film, The Final Exit that will be a genre bender in terms of its content, locations, casting and production values and questions the perception of life, will seek answers to the question in ancient scriptures that mention of a different physical world or dimension which we all go to when we sleep or when we dream or when we die. And what if that world is a dangerous one and what if one gets trapped in it and is not able to wake up to reality? “Exploring the dimensions beyond the ones we live in has always interested me and this film is a reflection of that interest”, adds director Dhwanil Mehta when talking about the film.

Starring Kunaal Roy Kapur, the film is written and directed by Dhwanil Mehta and produced by Mrunal Jhaveri and Vishal Rana. It is scheduled to release on Sept 22.