Speculations about the leading ladies of Housefull 4 continue to rise! With several names being tossed around, the latest update on that front is that Kriti Kharbanda is the new actress to join the cast lineup. While Kriti Sanon and Pooja Hegde are already expected to be a part of the film, Kriti Kharbanda is said to be the third leading lady with Akshay Kumar, Riteish Deshmukh, Bobby Deol and Abhishek Bachchan expected to be the leading men. 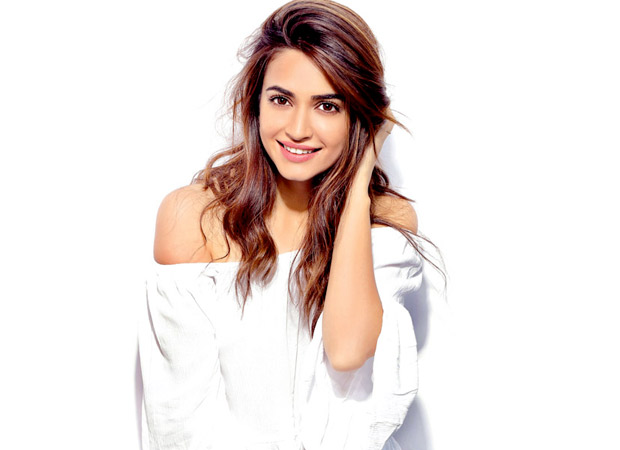 It wasn’t too long ago before we reported that the schedule of Housefull 4 is expected to kick off next month. The makers are currently in the process of finalizing the cast and we hear that they were keen on having Kriti on board for the film. Although it is yet to be seen as to who will the actress be paired with, let us tell you that Kriti Kharbanda is already featuring as Bobby Deol’s romantic interest in Yamla Pagla Deewana 3.

It is yet to be seen if the same pairing and chemistry will be recreated in this comic caper too. Housefull 4, however unlike other comedy films and also its prequels, is said to be created on a much larger scale. While it will be shot in India and abroad, the film is expected to feature massive sets.

Earlier we had reported that Housefull 4 will be shot in London. Besides the Queen’s city, it will also be shot in Rajasthan. This schedule in the picturesque desert is supposed to have been created to shoot the flashback sequences. Readers may be aware that this new instalment is based on reincarnation. It is set in a completely different era wherein India was ruled by kings and princes.

As for Kriti Kharbanda, her character details and which era she will be a part of and other details, are yet to be announced. The fourth instalment of the comedy franchise will be directed by Sajid Khan, who has previously directed Housefull and Housefull 2. Produced by Sajid Nadiadwala, it is slated to release during Diwali 2019.