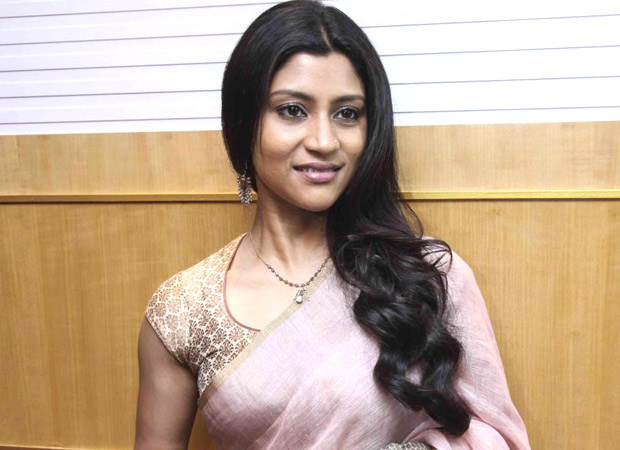 Konkona Sen Sharma has double reasons to celebrate. This past year, the actress made her directorial debut with A Death in the Gunj. The film has been screened in different film festivals but is yet to release in India

Recently, A Death in the Gunj was showcased at New York Indian Film Festival. For the same, Konkona Sen Sharma was honoured with the Best Director Award. The official announcement read as, "#NYIFF2017 Awards Winner Best Director is Konkona Sensharma @konkonas @chhabs @aroonshiv."

Incidentally, Konkona Sen Sharma's another much in the news film Lipstick Under My Burkha was also screened at the same festival. The film received good response. For the film, Konkona was awarded Best Actress award. "#NYIFF2017 Awards Winner Best Actress is @konkonas @chhabs @aroonshiv," the announcement read.

A Death in the Gunj was written and directed by Konkona Sen Sharma. It stars Kalki Koechlin, Vikrant Massey, Tanuja, Gulshan Devaiah, Ranvir Shorey and others.

Lipstick Under My Burkha has been directed by Alankrita Shrivastava. It stars Ratna Pathak Shah, Aahana Kumra and Plabita Borthakur. The story revolves around four women from small town belonging to different age groups who assert their personal and sexual rights.  The film was in news for being rejected by Central Board of Film Certification for its content. Later, the Film Certification Appellate Tribunal passed it with an A certificate. The film is yet to release in India.