Karan Johar has finally broken his silence over the controversial Hardik Pandya and KL Rahul’s episode in an interview with ET NOW channel. He has come out and sincerely APOLOGISED to the players because indirectly, he felt responsible in harming their careers. He even admitted that his show is utterly ‘frivolous, borderline ridiculous and irrelevant’. Having said that he claimed that he is NOT justifying for the offensive statements made during the course of that particular episode. 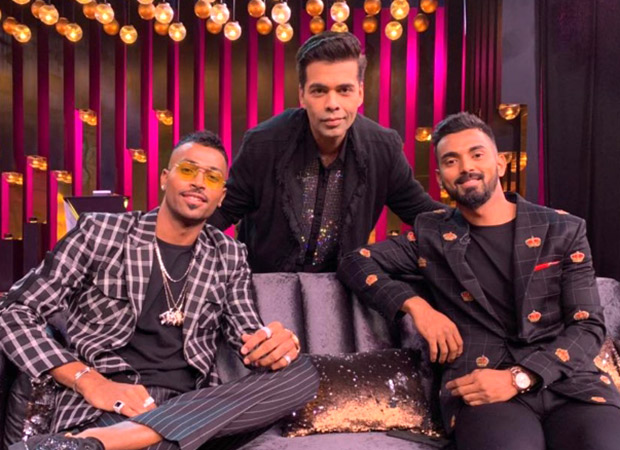 Karan spoke to ET NOW and said, “I feel very responsible because this was my show, my platform. I invited them as guests on the show so the ramifications and the repercussions of what happened on the show is my responsibility. I have had so many sleepless nights wondering about how I can undo the damage. Who’s going to listen to me if I even go…it has now gone into a zone that is beyond the control. When I say this I don’t defend myself. The questions that I asked the two boys are the questions I ask everyone who come on the show, including the women. Deepika and Alia who came on the show... I have asked them those questions. I have no control over the answers that come my way.”

He clearly owned up to what he considered his responsibility but also equally put Hardik and Rahul in a spot with this statement. Karan went on to tell the television channel that he has a team of women who did not find the bits offensive and therefore he carried on with the episode, the way they had shot. He said, “Post the show, I have a control room of 16 to 17 girls. KWK is run entirely by women; I am the only man there. None of them came up…some said he was wild, crazy, mad, cracked. They said he was funny. None of them came and told me that Karan this is inappropriate. Maybe we should reflect on them and as I result, I did not think…”

Karan kept on reiterating that he never intended to offend girls and said, “I regret what has happened to them. Then there was a talk about me actually enjoying the TRP...I don’t care about the TRP. This is a spin off on my career, it’s not my career but it is their's.” The Dharma head honcho said, “I think perhaps things were said which crossed boundaries but I apologise because it was my platform where it all happened. I feel the boys have faced prize for it already.”

Karan Johar signed off by saying that this episode has ruffled him and he has become very conscious. He added, “I would be so conscious of doing any episode from now on. I was just being edgy and that is the vibe of the show…”

Also Read: Koffee With Karan 6: Bhumi Pednekar gets competitive to win the hamper, Rajkummar Rao says he would like to be paired opposite Karan Johar