Do you remember the time when media was abuzz with reports of Kareena Kapoor Khan and Emraan Hashmi coming together? It was for an Ekta Kapoor film titled Badtameez Dil. The same project has been revived. And now it is called Mental Hai Kya. It now stars the Queen couple Kangana Ranaut and Rajkummar Rao.

Confused? Well, so were we when we read reports stating that not Kangana Ranaut but Kareena Kapoor Khan was the original choice for Mental Hai Kya. Kareena was offered the film almost five years ago, in 2013, when it was titled Badtameez Dil. The film was heavy on dark humour and was considered to be quite bold by the actress. Hence, Mrs. Khan decided to walk out of the film. Kareena also thought that there was too much of nudity and bold scenes in the film. 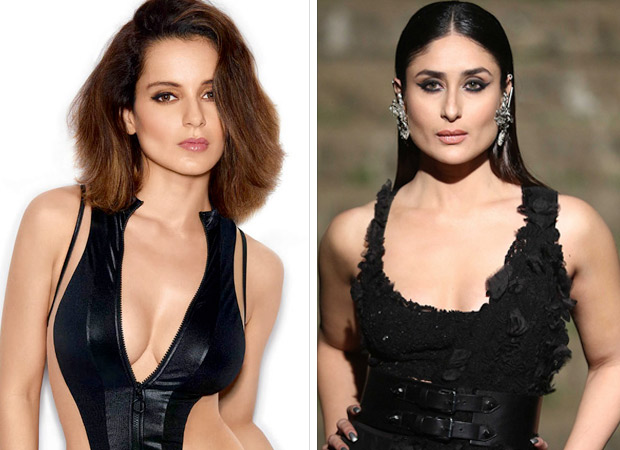 For the past few days, makers of Mental Hai Kya have been generating curiosity by sharing many posters of the film. In fact, one of them features Kangana in a bare-it-all avatar as she is sitting cross-legged covering her front body with her legs. The only thing that the actress is seen wearing is fish-net stockings.

If the recent reports are to be believed, Mental Hai Kya has a modified script compared to Badtameez Dil. However, this time around, the makers decided to make it bolder and wackier. The recently released posters that say ‘Sanity Is Overrated’ is a proof of it.

On the other hand, keeping in mind the current much bolder theme, the makers also believe that Kangana Ranaut has turned out to be a perfect choice for the same. They think that her care-a-damn attitude helps the film and her character in it.

Mental Hai Kya also features Rajkummar Rao and is directed by Prakash Kovelamudi. Written by Kanika Dhillon, the film will be extensively shot in London.