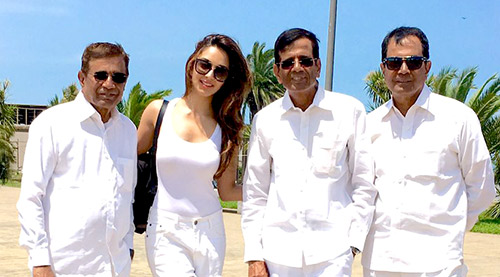 Earlier we had reported that Fugly actress Kiara Advani would be seen in the Abbas - Mustan directed Machine. In fact we had also reported that Kiara would be seen alongside Abbas Burmawala's son Mustafa, who will be making his acting debut with the film.

Well, now we hear that, while the shooting of the film Machine has commenced in Georgia, Kiara Advani is all set on shooting a romantic number for the film. The said track will feature Kiara alongside co-star Mustafa, and is said to be inspired on the lines of Romeo - Juliet, and will be shot at the Batumi Art and Music Centre.