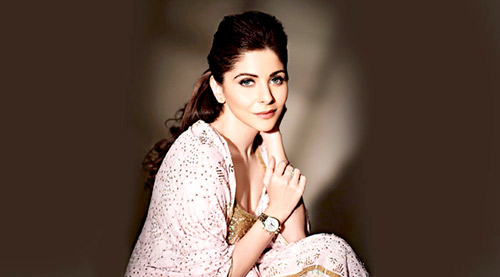 With the preparations for IIFA 2016 in full swing, celebrities too are geared up for their performances for the ceremony which will be held in Madrid, Spain. Singer Kanika Kapoor, who gained fame with'Baby Doll' has a special performance planned for this awards gala. She would be paying a tribute of sorts to yesteryear actress Zeenat Aman.

An awards gala is always incomplete without celebrating the achievements of the veterans who have contributed immensely for this industry. And now, the singer-composer will be crooning and performing on multiple songs that have defined the glorious journey of one of Bollywood's sexiest actresses. Some of the songs chosen for the performance include, 'Aap Jaisa Koi', 'Dum Maro Dum', and 'Laila Main Laila' among others.

Kanika Kapoor is a huge fan of Zeenat Aman and she's a huge admirer of her acting skills. Talking about her performance at IIFA, she said, "Besides being a prolific actress, Zeenatji is popularly known for her grace and sensuality. She was a trendsetter in many ways. She never shied away from anything and stood firm by her choices. It's an absolute honour to perform on her songs since she has been my idol and inspiration."

Reliance CEO is improving, hopes to be home…

Kanika Kapoor is set to offer blood for the…

Kanika Kapoor gets notice from Lucknow…

"Negativity thrown at a person does not…

Kanika Kapoor to be questioned by police…