Considering that today is the first day of Diwali [known as Dhanteras], the celebrities are all gearing up to celebrate the occasion in their own way. Shah Rukh Khan kicked off his birthday and Diwali bash on the same day earlier this weekend which saw the who’s who of Bollywood attending it. On the other hand, Kangana Ranaut too has plans of her own this Diwali and the actress wants to spend it with her family and loved ones in her hometown Manali. 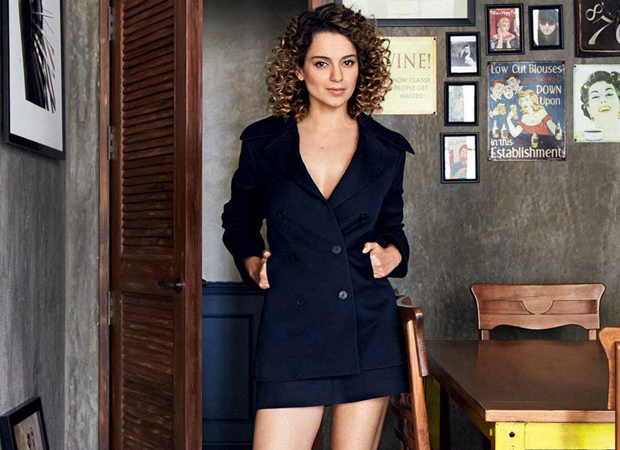 If reports are to be believed, Kangana Ranaut will be celebrating Diwali with her little nephew and the rest of the family in her bungalow in Manali called Kartik Nivas. A source close to the development confirmed the same saying, “This will be her first Diwali in her new house, Kartik Nivas. Kangana had taken great interest in setting up the plush pad in the hills and now she is keen to see how it looks bedecked with festive lights.”

Commenting about her home visit, an excited Kangana too revealed about her Diwali plans in recent reports saying, “My entire family will come together this Diwali. My brother is introducing us to his girlfriend and making the relationship official, so we wanted to be together on this special day. It’s also my nephew Prithvi Raj’s first Diwali. Since he’s just a baby we will avoid noisy crackers.”

Since it is snowing in Manali, Kangana will also carrying her favourite vintage wine. “My grand piano, a song and wine is my idea of a party so in a sense I will be partying this Diwali,” she added.

On the work front, Kangana Ranaut will be gearing up for Manikarnika: The Queen of Jhansi which is slated to release in January this. Post finishing its post-production work, Kangana will start work on Panga from November 9 in Bhopal. It’s a 25- day schedule and she will be seen as a Kabaddi player in the movie.