From Akshay Kumar and Ajay Devgan to Salman Khan, she may have put off many leading men. But, Kangana seems to have found an avid supporter in  Aamir Khan. 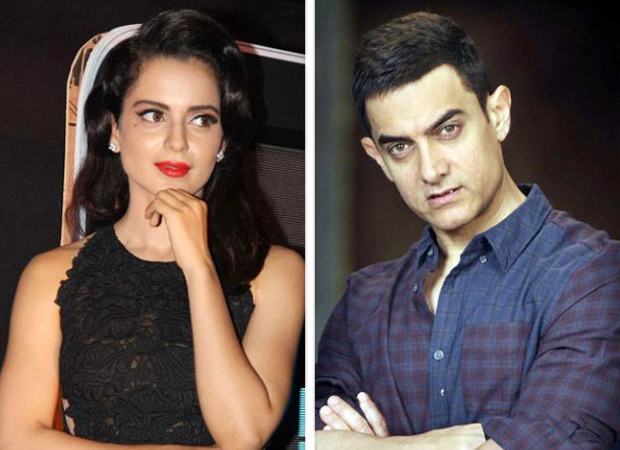 Apparently, Khan has let it be known how much he admires Kangana for her guts to stand up for her convictions, "Aamir says he sees a lot of himself in Kangana. She, in turn, feels empowered by his support. In fact, we will hear of a project featuring then very soon," says a source. The mutual admiration society is helping Kangana speak her mind clearly without fear of repercussions.

Kangana and Aamir have a history. Way back in 2008 Kangana had been offered Ghajini with Aamir. Apparently, Kangana was told Aamir had refused the role. Aamir not only clarified that he was not responsible for the casting misfire he also promised he would work with her.

Also Read: Warrior Queen Kangana Ranaut gets bloodied on the sets of Manikarnika – The Queen of Jhansi