With a successful film already in their bag & two films in making, T-Series, JA Entertainment and Emmay Entertainment have decided on a joint venture to produce more films together. With such an easy and strong partnership these three leading production houses have experienced in past 12 months, the partners have now decided to develop more present, meaningful and commercially relevant cinema. Under this collaboration, a slate of six films will be jointly produced by Bhushan Kumar’s T-Series, John Abraham’s JA Entertainment and Monisha Advani, Madhu Bhojwani and Nikkhil Advani’s Emmay Entertainment. 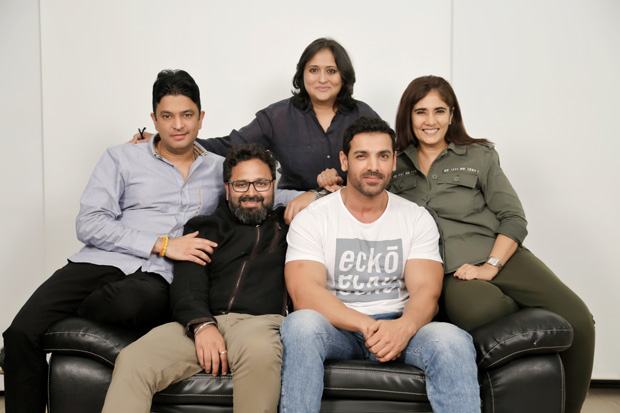 The films to be made in this JV will contain films with John Abraham as an actor but also has projects where he will be involved as a producer only. Similarly, Nikkhil Advani is also committed to directing in this JV and will continue to helm projects as a producer, as he has successfully done recently. Meanwhile, other directors finalized so far include Gauravv Chawla, Samar Shaikh, Kaashvi Nair & Ranjit Tiwari.

Speaking for this development, T-Series CMD, Bhushan Kumar said, “Having worked with John, Nikkhil and everyone at Emmay, I have a very secured partnership. Of equal if not greater value is their partnership as producers. They are valuable talent assets and we are privileged to have them in our joint venture. With the six films, JV T-Series intends to leverage their complementary skills in talent access & development as well as efficient production.” 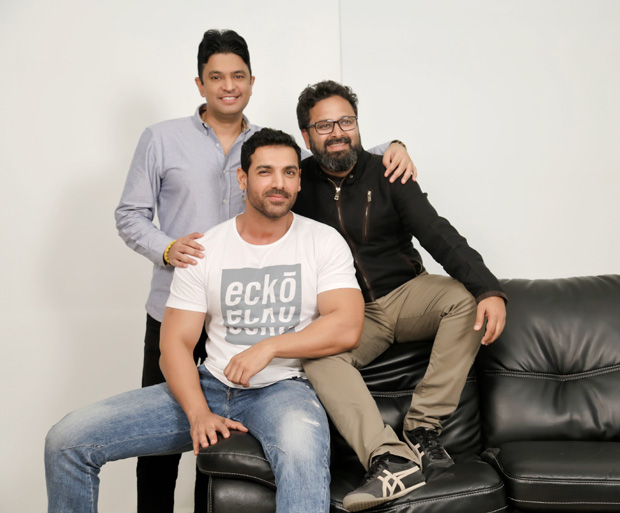 John Abraham believes the coming together of this tripartite gives an enhanced and solid platform to showcase talent and technicians which is a critical way forward to expand the industry. He says, “Market forces today demand that smart alliances are formed to fulfill audience expectations. Our association thus far has been an excellent test bed from which we have all learnt a lot”.

Nikkhil Advani, speaking on behalf of EMMAY, said, “We welcome this collaboration as it will enable us to push the envelope with new stories, formats. Mostly, as partners, we are committed to creating opportunities based on meritocracy and a healthy work culture.”

While more details of the slate will follow, immediately six films are in final stages of assembly and will go on floors between 2019 - 2020. Expect a detailed announcement in the coming weeks.