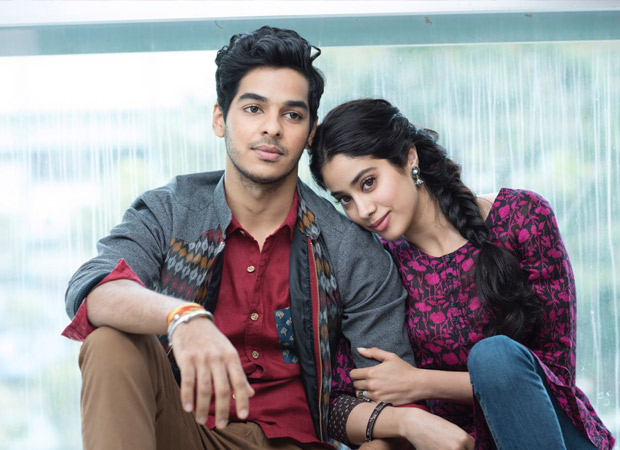 Films with newcomers seldom make huge buzz. But Dhadak is an exception. The film is easily one of the most awaited films of 2018 and can even do better than many films featuring bigger actors. That’s because firstly, it marks the debut of Sridevi’s glamorous daughter Janhvi Kapoor, who has already become a sensation. Secondly, it is the remake of the acclaimed Marathi blockbuster Sairat. There’s a lot of curiosity over how Janhvi along with Ishaan Khatter, Shahid Kapoor’s half-brother, have managed to recreate the magic that Rinku Rajguru and Akash Thosar had created in Sairat.

The shooting of Dhadak commenced in the end of 2017 in Rajasthan. The makers shot at some beautiful locations like Lake Pichola in Udaipur and in Jagat Shiromani Temple and Panna Meena Ka Kund in Jaipur. The Rajasthan schedule has got over and now the Dhadak makers are all set to head to Kolkata next month. In Sairat, the young lovers are shown to be based in a village in Maharashtra who run away to Hyderabad in the second half. In Dhadak, both the characters are living in Rajasthan and they elope to the City Of Joy after the girl’s family tries to separate them.

Reportedly, the makers of Dhadak were looking for a city with an old world charm. After some deliberations, Kolkata was finalized and director Shashank Khaitan has already begun recce. Also, he is born in Kolkata and as a result, he has a special fondness for the city. He’s trying to find unexplored locations which he can capture on celluloid. Shashank Khaitan confirmed about the Kolkata schedule and said that he’s hoping to wrap up Dhadak by March so that it can release on time on July 6.

Reportedly, Janhvi Kapoor and Ishaan Khatter are on a break from shooting. They are busy prepping up for the next schedule with dance rehearsals and script readings.