Kangana Ranaut, one of Hindi cinema's upfront actors, has time and again spoken about her relationships in public. From Adhyayan Suman to Aditya Pancholi to Hrithik Roshan, all her alleged relationships have been the talk of the nation. Ever since her public spat with her Krrish 3 co-star Hrithik Roshan, the actress has openly admitted being in the relationship while the actor has denied all the allegations. 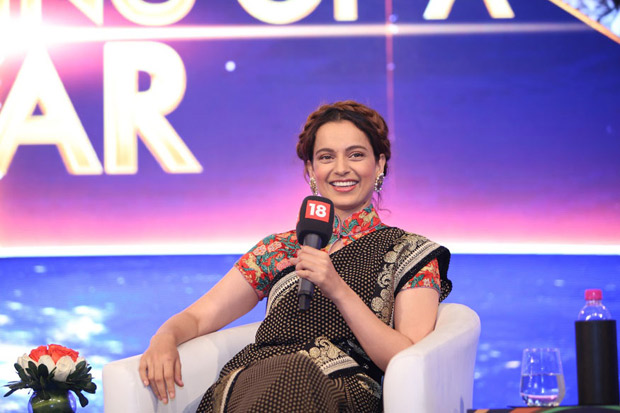 Once again, Kangana Ranaut spoke about her alleged relationship with actor Hrithik Roshan. She at the guest at News 18’s Rising India Summit closing night in New Delhi where she opened about everything from being in psycho love to having many affairs to sex to being dumped all the time. "I've had so many affairs. And after every breakup, I feel like this is the end of my life. This has happened whether I'm 16 or 31. For me, love is not just physical, it's spiritual and platonic. It's an amazing experience you feel in every cell of your body, as if it's is awakened, even if the person is not around. My boyfriends have asked me 'how do you know everything about my life. It's black magic. It's telepathic.' It's how I love. And if my love is psycho, then it's fine. I'll find someone else. I am fine being called a witch," said the actress.

Interestingly, Kangana Ranaut even admitted that she has never had the privilege to dump any of the guys she has previously dated. "I've never gotten the chance or had the privilege to dump anyone. I was always the one who got dumped. If I told you some of the names, you'd be shocked that even this loser has dumped me. They come back but then I can't take them back because by then I've moved on to another loser," she revealed.

Meanwhile, Kangana Ranaut is shooting for Manikarnika- The Queen of Jhansi will tell the story about the glorious life of warrior queen Rani Lakshmibai. Directed by Krish, the film also stars Ankita Lokhande and is slated for April 2018 release as of now.

"No its fake news… I am not making Kandahar"…