The 4-year-old Jacob Smith who played Kriti Sanon (Mimi)'s son Raj is a Scottish who migrated to Goa with his parents in an attempt to travel the world. The makers of Mimi had been searching for the right face to fit the character. When they saw Jacob they found their Raj in him and selected him for the role. Jacob relocated to the city of dreams, Mumbai and where he was given acting lessons and then only taken to Rajasthan for shooting. Jacob was in the nursery when he was finalized for the role but now he is 5 years old. 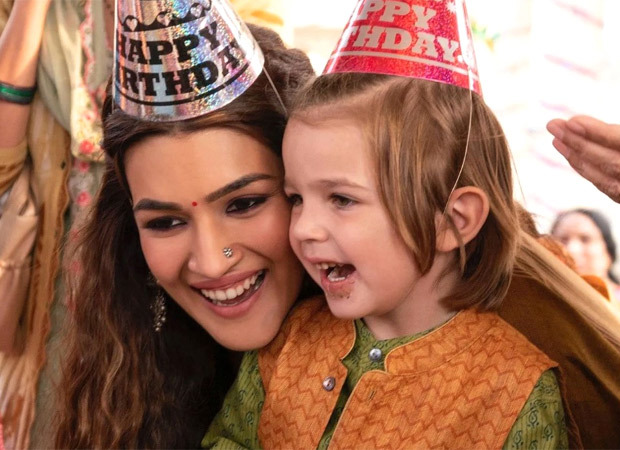 Jacob's parents were a little apprehensive about letting him enter the showbiz industry. But the makers of Mimi took utmost care of little Jacob and his traveling timetable. He is Scottish but had to play an American origin boy born and brought up in Rajasthan so his dialect couldn't be used and that is why his lines were dubbed to fit the north-east Hindi dialect.

Mimi was initially going to release on 31st July but was preponed to 26th July as the movie leaked online. Actress Kriti Sanon celebrated her 31st birthday along with the release of her comedy-drama Mimi. The movie is directed by Laxman Utekar produced by Dinesh Vijan and Jio Studios. It stars Kriti Sanon, Pankaj Tripathi, Sai Tamhankar, Manoj Pahwa, Supriya Pathak, Evelyn Edwards and Aidan Whytock and Jacob Smith in pivotal roles.

Also Read: Kriti Sanon dedicates a beautiful poem to her film: To Mimi, with love