Last Updated 27.01.2023 | 1:55 PM IST
feedback language
follow us on
Bollywood Hungama » News » Bollywood News » Guru Randhawa and Yo Yo Honey Singh to collaborate for a big-budget song produced by T-Series

Yo Yo Honey Singh and Guru Randhawa are two of the most popular faces of the Indian music industry. While Singh is known for his rap songs, Randhawa has largely been associated with Punjabi music including Bhangra and Indie pop. Both have also contributed to several hit songs in Bollywood. And now one hears that the two are all set to collaborate for the first time. 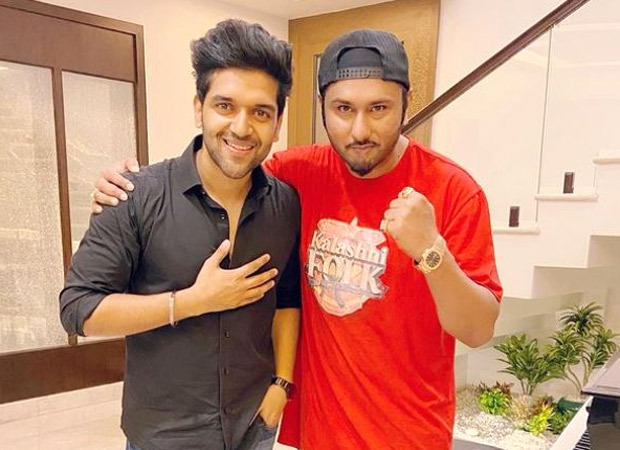 According to reports, the two are collaborating for a single which is going to be produced by T-Series and is supposedly going to be one of the costliest singles.

Reports further state that the two have been planning to collaborate for the longest time but could not do so because of their busy careers. Now, the track has been finalised and the music and lyrics were locked last month. The track is said to be a mix of rap and Punjabi beats.

T-Series head Bhushan Kumar loved the idea and decided to take it to another level with the production. The song will be shot in Dubai and will be one of the most expensive singles. The recording will take place early next month post which they will fly to Dubai to shoot the song.

ALSO READ: Guru Randhawa to make debut as an actor in a Hindi film