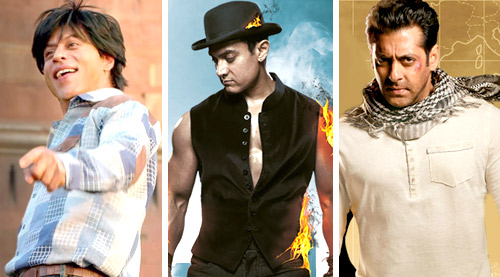 While Yash Raj Films have created popular franchises, edge of the seat action thrillers, the people in Dubai are all set to revive the movie watching experience in a new form. Three of the most popular films from the production starring the three Khans each, namely Fan (Shah Rukh Khan), Dhoom 3 (Aamir Khan) and Ek Tha Tiger (Salman Khan) are now being screened in the city in 4DX form.

Making the announcement of the same on social media, the official Instagram page of Yash Raj Films said, "Watch three of your favorite movies 'Dhoom:3', 'FAN' & 'Ek Tha Tiger' for the first time ever in 4DX! Book your tickets NOW! EXCLUSIVELY at @voxcinemas #Dubai." However, we hear that the said films will be screened only in one of the malls which include the 4DX experience.

Considering the massive fan following the Khans have in UAE, it remains to be seen what will be the response the films will receive in this kind of experience.

Gurmeet Choudhary gears up to take care of…