Esha Gupta turns on the heat as judge on High Fever... Dance Ka Naya Tevar. Rising the glam quotient of &TV’s super hit, reality property High Fever…Dance Ka Naya Tevar will be Bollywood actress Esha Gupta. Known for playing charismatic roles on screen, the fashion icon and one of India’s most desirable stars will be joining Ahmed Khan and Lara Dutta on the judges’ panel of the show. Continuing to rule the hearts of dance lovers, High Fever has set a benchmark for all upcoming dance reality shows for bringing to the forefront unusual dancing jodis of Jeth- Bahu, Nanad-Bhabhi, Guru-shishya, Mother-daughter amongst others. 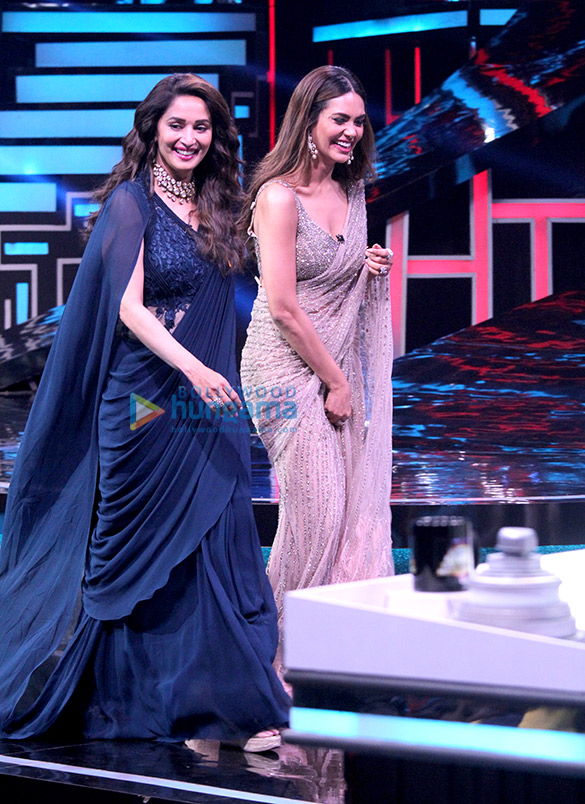 Actor, model, Miss India International title holder and an activist… Esha dons many hats. Now, get ready to see this beauty sizzle on national television as she gears up for her debut as a judge on High Fever. Being a remarkable dancer herself Esha’s keen eye to perfection is going to have the contestants under a close watch as she picks the choice of the nation. In her role, she will be seen as a mentor-supporter leading the contestant brigade. Both her co-judges and the contestants are excited with Esha’s entry in the show as the dance fever moves next level with audience voting this week.

Talking about judging High Fever, she said, “Dancing has always been very close to my heart and getting a chance to be amongst such versatile dancers is a bonus. This is my first stint on television with &TV and I am super excited to taken on the mantle as judge. The concept of High Fever where relationships are beautifully married and presented through dance is what really intrigued me. I have watched a few episodes and I feel this is going to be a joy ride working with Ahmed and Lara both who have done a fabulous job of honing the talent. Since it’s an already established show, I am going to share all the learning out of my personal experiences with the contestants to help them as they present themselves to global audiences.”

Esha has a versatile palate of work to her credit, she was seen in films Commando, Baadshaho, Rustom, Baby, Raaz 3D, Jannat 2 amongst others. 2018 indeed is Esha’s year with her TV debut – High Fever on &TV and a line-up of films like Paltan, an international film coupled with a few yet to be announced projects.