Popular television actress Erica Fernandes recently made a shocking announcement on her Instagram on Wednesday (October 27). The actress has announced her exit from the popular daily drama Kuch Rang Pyaar Ke Aise Bhi 3.  Erica cited the reason for being not happy with the advancement of the plot and her character 'Sonakshi' in the show. The actress believed she was portrayed as weak and confused in the current season in comparison to the first two seasons. 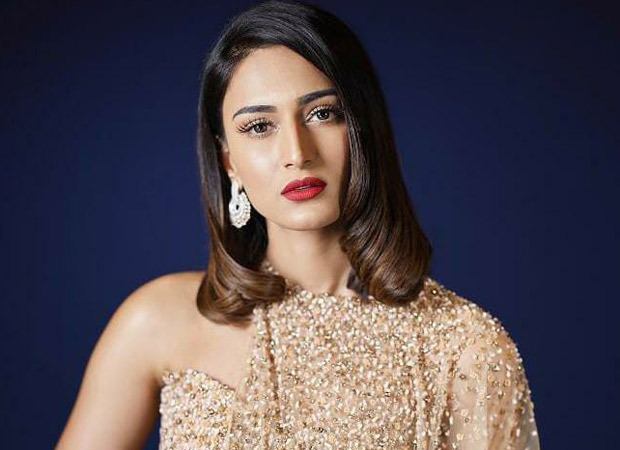 Taking to Instagram, she wrote a long note expressing her disappointment towards the portrayal of her character in the show. She started the note by thanking the fans. Her note reads as "To start with I would like to thank everyone who loved Kuch rang right from its conception. The immense love we were showered with was heart touching. Due to various reasons when the show had to go off air the first time, the power n love from the very same Kuch rang family pulled us back once again on screen nearly after a month of it going off-air. Because of the very same Kuch rang family we were more than thrilled to come back once again with so much enthusiasm. As for Sonakshi a character so dear to you and me, a character that was an inspiration to many, a character who was so strong, smart, balanced … the Sonakshi we once witnessed in seasons 1 & 2, the one we expected to see this season too but unfortunately we had to see the complete opposite of what she was."

Erica also advised everyone to remember her character from the first two seasons and not how 'weak and confused' it was in the third season. She wrote, "I hope you'll always remember Sonakshi from the first 2 seasons and not how weak and confused she was made to look this season where in, in the first 2 seasons putting aside everything else. she at least had a job and an office to go to and not where she had to sit at home doing just nothing. Sometimes when you have to choose between your self-respect and a show so dear. you have to make hard decisions. ( not mentioning the various other reasons ) And you can't always take others responsibilities on your shoulders, you have to look after yourself and make choices based on that."

She added, "For all who were disheartened and disappointed about this season (from all your comments that I read and the trends on Twitter that I witnessed) .. just ask yourself why we all came back to watch this show in the first place, maybe go back watch a couple of episodes from the 1st season and remember us well, for all the efforts we put into making you come back for more, maybe that would bring a smile on your face," she added."

Further appreciating the show, Erica wrote, "Well, we had made a masterpiece years ago but if you remove the master from the masterpiece then you are only left with pieces and Durjoy you were tremendously missed this season. You brought subtlety and wrote with all your very visible heart. The romance was simple but real and touching. The show had very realistic drama and never a negative force which made our show so unique. You had visualised and shaped the show so beautifully while adding your touch to it .. it almost felt like a novel coming to life."

Concluding her note, Fernandes thanked her director and also remembered the fun time she had with the team while shooting. She wrote, "I would like to also thank my director Mr Smith .. Noel smith for being our batman and handling the situation well and tackling all those obstacles that came our way. It wasn't easy but you did it with ease. I will take back fond memories of the times we all spent together while filming in Siliguri and Mumbai. I will miss the masti with my 3 monkeys, Maa, Shaheer and the rest of the team."

"Ever thought? When a show is successful it is very easy and convenient to say that the success of the show is not because of a particular individual but because of teamwork and the entire team's effort .. but it is so easy to blame a particular individual when a show has to shut! How hypocritically convenient right? To conclude, I would like to thank all those who have supported me through this journey and my decisions be it my team or my Ejfians and KRPKABians Much love, Erica Jennifer Fernandes," concluded Erica.