Shah Rukh Khan – Farhan Akhtar starrer Don 3 is finally happening and we can’t keep calm. We have already seen and appreciated two parts and can’t wait to see the third instalment of this successful franchise. Edgy, sexy and thrilling, it is totally exciting to see SRK in the garb of a stylish gangster. Farhan has apparently already locked the script and is adding finishing touches to the same. SRK and the cast will start the shoot after he is done with shooting Salute. Don 3 is touted to come out in 2020. Now, now, now, aren’t you’ll excited? We sure are. There are many surprises with regard to this film because we will see a lot of new faces, including the lead actress. No, there is no Priyanka Chopra in this one and neither is her character. Makers have hinted that they will take a newcomer to romance opposite Shah Rukh Khan. 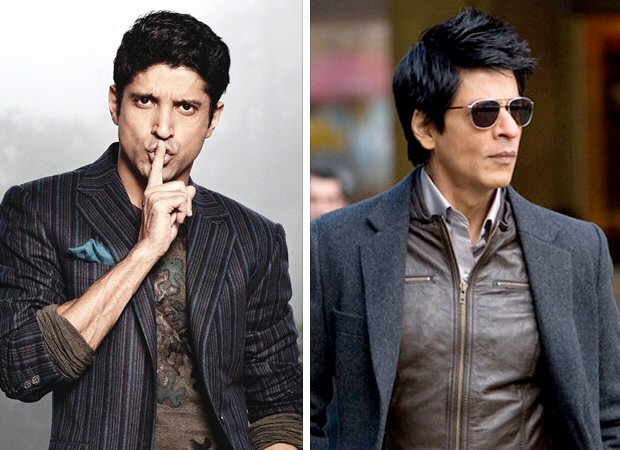 What’s more? Farhan Akhtar will play a cop in the film. He will be acting for the first time in the franchise and it sure will be a treat to our eyes when Farhan-SRK indulge in some cat-and-mouse chase. Parts of this movie will be based out of India. Farhan will essay the role of a desi cop. Stay tuned for more updates on Don 3.

On the other hand, Farhan Akhtar took to his Twitter to put an end to the speculated news. The actor has requested not to spread false news across as it may increase unfair expectations of the film's fanbase audience. Farhan denied the news and wrote, " Request those who conjure up news about #Don3 without any fact checking to please refrain. It is not fair to raise expectations of the films fanbase via false news."

Shah Rukh Khan is currently busy with Aanand L Rai’s Zero. His never before seen look has already garnered a lot of publicity and now, we just have to wait and see if the movie is as good as it looks? There are reports of the film having a few sci-fi elements. SRK really has some amazing films lined up in coming months and we are excited to watch them.

Also Read: “Don 3 will happen. And it will happen sooner rather than later” – Farhan Akhtar