Nana Patekar has been confirmed for Housefull 4. A few days ago there were reports that he had replaced Sanjay Dutt in Sajid Khan’s Housefull 4, produced by Sajid Nadiadwala but nobody had confirmed or denied the news. Buzz is that post the humongous success of Rajkumar Hirani’s Sanju, the movie, Dutt’s had hiked his fee and may have asked for more money. Dutt and Nadiadwala are known to be very close friends so his dropping out of the movie came as a surprise to many. Now the producer confirms to us that Nana Patekar was signed much before the film, Sanju released. 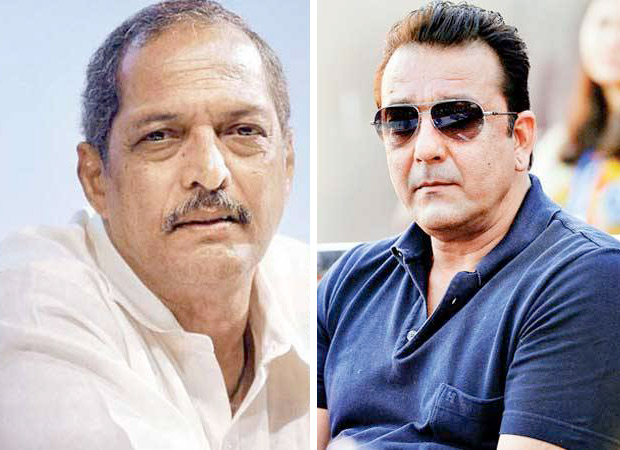 Says a trade source, “Nobody figured that Sanju would turn out to be such a huge success. The film has crossed Rs. 265 crore and still going strong at the box office. It has turned out to be a bonanza especially for Sanjay Dutt – on whose life the film is based on. Once the movie released, Dutt realized his commercial value has also increased. His brand value has gone up which is also the irony of his life – as a solo actor, none of his films did Rs. 100 crore business but a film based on his life, has earned almost Rs. 300 crore at the BO. Apparently, Dutt is said to receive huge royalty for Sanju as part of the profit-sharing deal which would amount to over Rs. 35-40 crore (including satellite and digital rights), apart from the film rights figure which is estimated at Rs. 10 crore (approx).”

Sajid Nadiadwala who is currently in London for the shoot of Housefull 4 rubbishes the rumours and adds, “I have not approached the film to Sanju (Sanjay Dutt) so where does this story arise? Nana has been signed long before Sanju (the movie’s) release.”

The trade source adds, “Nana’s character had been kept under wraps as it’s a never-seen-before, lovable, comic avatar and a far cry from the usual serious, intense roles that he does. He will join the cast and crew in London soon. Sajid Nadiadwala will make a formal announcement soon. It’s an 18-day schedule in London which started from July 8th and the rest of the shoot will be completed in India.”

This is the fourth franchise of Housefull. While Sajid Khan had directed the first and second franchises, Housefull 3 was directed by writer-filmmaker duo Sajid-Farhad. This sequel is touted to be the biggest in the series so far and will be released in three formats — 2D, 3D and IMAX 3D. Kriti Sanon will feature as one of the leading ladies.

Among other films of his, while Dutt’s Saheb Biwi Aur Gangster 3 is complete and ready for release, he has completed the second schedule of Torbaaz. He has also announced the Hindi remake of the Telugu hit, Prasthanam which is being produced by his home banner and shot for the first schedule in Lucknow recently.